2021 BHERC “SISTAS ARE DOIN’ IT FOR THEMSELVES” FILM Showcase Opens Online On BHERC.TV Saturday, March 27th

2021 BHERC “SISTAS ARE DOIN’ IT FOR THEMSELVES” FILM Showcase Opens Online On BHERC.TV Saturday, March 27th 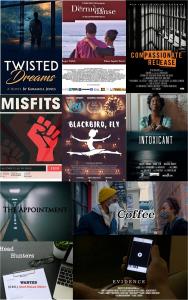 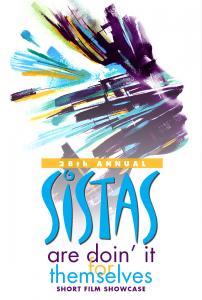 Today, after all these years of promoting the work of Black Women in film, more than ever the Black female perspective is needed in filmmaking. Support our “Sister Sheroes” as they tell our stories.”
— Sandra J. Evers-Manly, President & Founder, BHERC

LOS ANGELES, CA, USA, March 24, 2021 /EINPresswire.com/ — (Hollywood, CA) – The Black Hollywood Education and Resource Center (BHERC) presents 10 films and their directors selected from 570 entries at the BHERC 28th annual “Sistas Are Doin’ It For Themselves” Short Film showcase beginning this weekend. The second-year that the popular showcase will stream online on BHERC.TV due to the COVID – 19 pandemic, opening Saturday, March 27th ending Sunday, April 11, 2021, with a special Q and A ZOOM session with the filmmakers at 3:00 PM.

“SISTAS…” began twenty-eight plus years ago as a call to the entertainment industry to acknowledge that there is major talent amongst African American women filmmakers. What began as a simple screening and discussion became one of the most recognized inspirational and emulated events of the Black filmmaking community. This is the only program that has consistently promoted and supported the work of African American women in film for nearly three decades. It is a clear-cut concept: a screening of short films written and/or directed by some of the nation’s emerging and top filmmakers with an opportunity thru an interactive panel to learn about the filmmakers and their journey. “Still today, after all these years of promoting the work of Black Women in film, now more than ever the Black female perspective is needed in filmmaking. We cannot deny their power! Likewise, the community here and abroad needs to know and support our “Sister Sheroes” as they tell our stories. This is an opportunity, and a platform to do just that,” states founder Sandra Evers-Manly.

The 2021 class of Sistas Short films and filmmakers are:
Compassionate Release – Lynn Dow, Director, New York, NY: The tragic death of her husband has set Carol and her two daughters on an unexpected and heartbreaking journey. How will she navigate their changing lives with one who sees the world through the eyes of an elitist and the other as a defeatist.

Misfits – Ciani Rey Walker, Director, Los Angeles, CA: When two sisters and leaders of the Black Panther Party learn their friend has kidnapped a cop on the night of MLK Jr.’s assassination, must set aside their differences to navigate one of the most turbulent nights in history.

La Dernière Danse (THE LAST DANCE) – Fatoumata Diallo, Director, Tambacounda, Senegal:
Noor is dying and receives a visit that offers her a choice from three proposals that expire at midnight … With the help of her best friend Oumar, she gets down to it. It will change their lives forever.

Evidence – Laurie Gardiner, Director, Texas-Los Angeles, CA: While working the night shift in downtown LA, a rookie cop finds himself at a crossroads when pressured into a life-altering decision.

The Appointment – Marlena Neal, Director, Baltimore, Maryland: A short experimental film surrounding the stressors of a doctor appointment during COVID.

Head Hunters – Cherrelle e’Lan, Director, Los Angeles, CA: Three Women Interview to Become the Next Corporate CFO, a job normally targeted toward the “ole boys network.” Only one can be chosen!

Intoxicant – Natashia Bobbitt, Director, Los Angeles, CA: Simone Hoperight, a prominent therapist battling depression from the sudden death of her newborn, seeks comfort in an activity that could cause her to lose it all. Will she regain her focus to seek to help, or succumb to the comfort the drug provides her?

Coffee – Melissa Jones, Director, New York, NY: It’s a new normal Saturday in Brooklyn, with the rule six feet away from humanity. Rules are made to be broken even if it leaves you breathless. Meet two strangers whose lives collide over coffee. Weston Harrison and Gabrielle Wintry. Their names say it all.

The BHERC “Sistas Are Doin’ It For Themselves” continues to bring to the public outstanding shorts created by Black Women filmmakers in the US and abroad. This 28th year continues an opportunity for participants around the globe to screen the films online at BHERC.TV. A New streaming service launched in February 2020 that provides short film content — from comedy to drama, narratives to docudrama — produced and directed by Black Filmmakers. BHERC.TV is a leading worldwide provider of narrative and documentary short films about the African American experience as well as content from across the diaspora and diverse populations This is the only program that has consistently promoted and supported the work of African American women in film for more than two decades.

Past “Sista filmmakers and participants” have included Gina Prince-Bythewood (Love & Basketball, Shots Fired, The Old Guard), Kasi Lemmons (Eve’s Bayou, Harriet), Yvette Freeman (ER), Dianne Houston (first Black Female to be nominated for an Academy Award / Short Film category) and the Oscar-nominated Dee Rees (Mudbound) just to name a very few. Many of these filmmakers have received high honors and recognition for their achievements and breakthroughs in filmmaking. Guests have a rare chance to have an open dialogue and hear the awe-inspiring stories of how these Sistas did it for themselves.

Screenings take place at www.BHERC.TV Saturday, March 27 to April 11, 2021, with a Q and A session with the filmmakers on ZOOM at 3:00 PM on Sunday, April 11th, 2021. Log on to www.bherc.org to register. Admission to the Showcase is $10.00. For general and festival information, please call 310-284-3170, email John Forbes at John@bherc.org or visit the website www.BHERC.org. For more information about BHERC TV log on to www.bherctv.com.