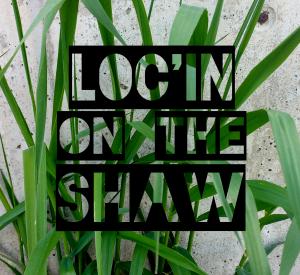 TORONTO, ONTARIO, CANADA, March 25, 2021 /EINPresswire.com/ — For most people, their music taste experiences drastic shifts and changes as they enter new life phases. For this artist, however, the story is a little different and unique. The story of the solo artist, Loc’in On The Shaw, goes back to his early teens, back in ’89, when American rapper Tone Loc’s album, ‘Loc’ed after Dark’ came out. This album profoundly impacted the artist’s music taste, particularly the song “Loc’in the Shaw”, the song title also giving birth to the unique artist name. Drawing inspiration from the first half of this song, the Loc’in On The Shaw has stuck to the raw, gritty, and unprocessed style in Tone Loc’s music and brought it into his own work.

The Canadian artist’s musical career is a mix of hip hop, soul, and electronic music. His four releases include albums, ‘Running from the Ambulance Vol. 1’, ‘Believe EP’, ‘Don’t F#%$ with Jules’, and the single “Riot Days”. Currently, artist Loc’in On The Shaw has four releases to his name. A rising artist, Loc’in On The Shaw is a versatile artist whose music will satisfy the listeners with the range it encompasses.

Artist Loc’in On The Shaw wishes to compose more music soon, in line with the sentimental connection of when he was thirteen years old. He wishes for more people to connect with his music and experience his compositions the way he does; the artist is also open to interviews and reviews.

For more information on the Loc’in On The Shaw’s work, please visit this website.

With a heartfelt story to back his musical journey, Loc’in On The Shaw is a new and emerging artist making music that connects one back to the 90s street style, raw music scene. Drawing from well established musical genres, the artist composes a blend of soulful hip hop with some electronic beats, making his material standout.