A true icon in the RnB and Hip Hop World: Introducing Marlon Davis

A true icon in the RnB and Hip Hop World: Introducing Marlon Davis 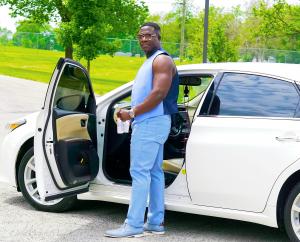 Through his unique sense of music and ability to meld RnB and Hip Hop together into catchy tunes, Marlon Davis is all set to take over the music industry

INDIANAPOLIS, INDIANA, UNITED STATES, June 9, 2021 /EINPresswire.com/ — Emerging artist Marlon Davis is a singer and songwriter who has incredible expertise in various genres of music. The up-and-coming artist is looking forward to exhibiting his outstanding musical skills with the release of his new single titled “Handyman”. The single was released on November 18th, 2019, and was his very first song to be released with a music video.

The Handyman song was followed by three other songs titled: “All on Fenty, “Laid in the Club”, and “Be Who You Are.” “Be Who You Are” has an amazing Reggae, jazzy RnB, pop feels that will put you in a great mood. Marlon has at least 8 more releases in his music library on Spotify, itunes.apple.com, Amazon Music, and on all digital platforms across the world. All tasteful uplifting and inspiring. From the writing process to vocals, production, and the final release, Davis worked all by himself on all his songs. His singles are characterized by refreshing and mood-lifting production attributes, dominated by rich melodies, catchy beats, and trenchant rap verses. With songs that would lift your mood in a heartbeat and make you want to dance around, to songs that would put you and your partner in a steamy and seductive mood, Marlon Davis has got the whole package. His songs are bound to appease and captivate a large audience considering his unique sense of music and creativity in the genres of RnB, Hip Hop, and Reggae.

Marlon Davis aka Jamaica’s music doctor is currently working on a new single titled “Deep South”, which is set to release sooner than anyone expected. From songs showcasing themes of sex appeal and lust to tropical melodies of steel drums and island vibes, Marlon Davis takes extremely diverse approaches with his works. He plays around all sorts of music styles and is said to be an artist of many genres of music without any limitations. This incredible sense of diversity and creativity helps him experiment with various musical directions and come up with tunes that showcase his true sense of art.

With his very first smash hit “Handyman”, Marlon Davis is already on his way to take over the RnB and Hip Hop scene by a storm and he further wishes to strengthen his musical journey by continuing to grow and explore. He hopes to become a source of inspiration for other independent artists and fans, motivating them along his journey.

Marlon Franklyn Davis was born in Jamaica. He is an American singer, songwriter recording artist, dancer, and music producer. Marlon’s musical style crossovers many genres of music from RnB, Rock, Hip Hop, Pop Disco, and Reggae. He started his music career back in Jamaica in 1998, where he would deliver hotel cabaret performances and was known as the Vibes master Jamaica M.D.

Marlon was born on February 25th, 1977 in the town of Lucea Hanover. He moved to the US where he resided in Indianapolis, Indiana, and later graduated from Indianapolis Public High-school in 2006. Growing up, some of his greatest sources of inspiration have been Bruno Mars, Dj Khaled, Celine Dion, Bob Marley, Rihanna, and various other industry legends and icons. “[These artists] have shown me what great music can do to people of the world” – he says.