A Unique Illustrated Fantasy Novel to Kickstart – Defender of Llyans

A Unique Illustrated Fantasy Novel to Kickstart – Defender of Llyans 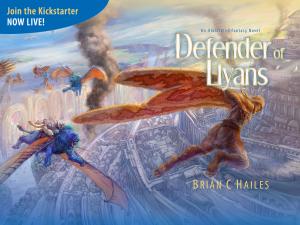 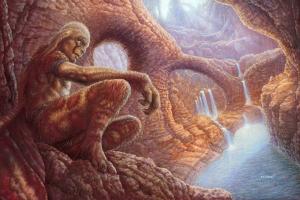 You Can Help Support a Kickstarter for Defender of Llyans!

Despite prejudice and distrust between the races, can a royal and an outcast defend their people against the growing threat?”
— Brian C Hailes

DRAPER, UTAH, USA, April 13, 2021 /EINPresswire.com/ — We’d like to introduce Brian C Hailes‘ latest passion-project, Defender of Llyans, a roughly 400 page illustrated novel he began brainstorming and developing nearly two decades ago while filling an internship in New York City at the Society of Illustrators. Hailes only seriously began writing, illustrating and developing this current version about six years ago, and he has been re-working and refining it ever since (among many other projects). It’s a new original illustrated fantasy novel that takes place in a vibrant world with colorful characters that his writers group has come to adore.

A short synopsis of the story: On the island continent of La’Suna, the fates of three fantasy races intertwine in a struggle for dominion. One outlander could be the key to save them all.

Roan, a Verum wanderer, allied with Karaya, the Mican queen, together must find a way to protect their peoples from obliteration, as Amrog, the brutal Gorbane chief, and his vengeful multitude will stop at nothing to overthrow the Mican monarchy, and re-unite their bloodlines forever. Despite prejudice and distrust between the races, can a royal and an outcast defend their people against the growing threat?”

Hailes and his team hopes you will join them in bringing this project to life on the Kickstarter page they just launched! You can help by following the link below and choosing a reward that best suits your reading preferences and art enjoyment.

And you can even become one of the characters as part of the several Kickstarter rewards!

Thank you for taking some time and lending your support!