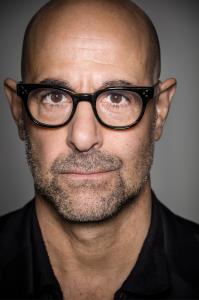 The American University of Rome

Actor, writer, and producer Stanley Tucci to be honored for his contribution to the arts and his sustained promotion of Italian life and culture.

Mr. Tucci’s nomination was unanimously and enthusiastically supported by the entire university community. We are delighted that he will be accepting this distinction from the university. ”
— AUR President, Dr. Scott Sprenger

ROME, ITALY, April 28, 2021 /EINPresswire.com/ — The President and Board of Trustees of The American University of Rome today announced that actor, writer, and producer, Stanley Tucci, has been nominated as their honorary degree recipient for 2021. The degree will be conferred at their annual commencement ceremony on May 21st, 2021.

In making the announcement, AUR’s President, Dr. Scott Sprenger, stated “We are delighted that Mr. Tucci will be accepting this distinction from the university. The award is bestowed with our deepest respect and in honor of Mr. Tucci’s contribution to the arts and his sustained promotion of Italian life and culture.”

Stanley Tucci, whose multi-award-winning film and television career spans four decades, is of direct Italian descent and throughout his life and career he has been an ambassador for Italian art, lifestyle, and culture. He described his latest series for CNN “Stanley Tucci: Searching for Italy” as “a passion project and love letter to the place where my family is from…”

The American University of Rome, situated on Rome’s Janiculum Hill, is the oldest degree-granting American university in Italy. A liberal arts institution offering accredited US undergraduate and graduate degrees, the university attracts not only American and Italian students but students from across the globe for an extraordinary educational experience of discovery in the heart of the Eternal City.

Harry Greiner
The American University of Rome
email us here