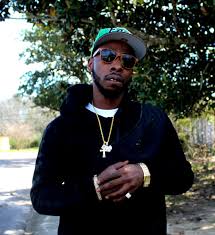 Young talented, and driven when it comes to music – Alabama’s best

Artist Crazy K’s album, “Crazy King,” is out now and can be accessed here. Composing in the hip hop and rap genre, this emerging artist is all about producing music with a refreshing twist.

What started as a means to express himself and his thoughts through clever rhymes and impactful lyrical content, the artist has now begun to blossom into his music career. Listeners will get to experience relatable music on a wide range of topics and get delighted at the seamless lyrical and instrumental infusion. Artist Crazy K’s musical competence becomes all the more phenomenal considering he started his label called 1Famm Ent/Empire at the young age of seventeen years old. The young artist’s label was also nominated for Indie Label of the Year by SEI Awards 2020.

Despite having started young, the rapper has already opened up for several artists like Boosie. Other collaborations include his song, “Pull Up,” and a remix titled “No Cap Remix,” which features Pastor Troy.

Crazy K primarily wishes to represent Alabama, his home, through all his music. He wants to build a substantial following over social media and promote his music. The artist also welcomes fan feedback and engagement on his social media, where users can follow him. They are also recommended to visit his website here for more information. Crazy K welcomes collaborations, interviews, and reviews about his music and his journey thus far.

Artist Crazy K, or Kristopher Lee Richards, is a talented musician who is all about representing his hometown in the music scene. Young and full of energy, the artist has already released several songs and has plans to release more in the future. To keep up with Kristopher’s journey, readers are invited to follow him on his social media.