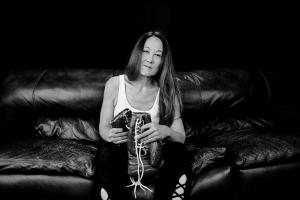 “We’re honored to include Alicia Doyle into our BoLAA family.” ~Aurora DeRose

“The mission of the community is to celebrate the best of Los Angeles, and allow its community members to connect with other members who share the highest standards of quality and integrity,” expresses DeRose. “We’re honored to include Alicia Doyle into our BoLAA family.”

In the 1990s, Alicia Doyle went on an assignment at a boxing gym for at-risk youth known as Kid Gloves. It was during that assignment that she discovered boxing at age twenty-eight. She simultaneously worked as a newspaper reporter while training and competing as a boxer for two whole years. She became one of a few hundred women who infiltrated a male-dominated sport in America.

Alicia Doyle ended up winning two Golden Gloves championship titles. In 2000, she had her pro debut, which was named The California Female Fight of the Year. Her book, “Fighting Chance”, offers insight into her journey, and a peek into one of the toughest sports out there.