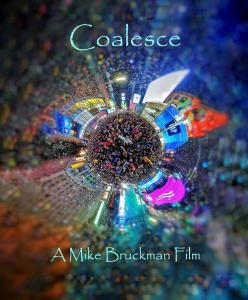 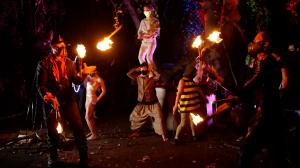 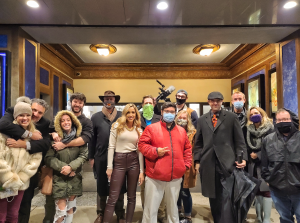 Artists who donated their time to the project during the pandemic

Artists throw a ‘Mask-uerade Ball’ in a defiant act against live performance restrictions to safely share love and support for one another in a new documentary.

Michael Bruckman, Executive Producer/Host/Narrator of the film and event, says, “Coalesce by definition is ‘coming together to form one mass or whole’, and that is exactly what we did in a time of great uncertainty and dire need to support each other. It was always the plan to redistribute 100% of the proceeds back to everyone who worked on the documentary as a way of giving back to the artists, my friends, who have lost so much due to shuttered live venues everywhere.”

More than 100 performance artists safely came together for one night on 10/10/2020 to showcase their particular skills and share their stories live and on camera for one another. Magic, music, dance, pyrotechnics, and acrobatics were just a few of the genres represented in what is essentially a ‘live movie’. Hundreds were in attendance, none of whom had seen a live performance in over six months due to the pandemic.

The film opens with scenes from Times Square on NYE 2020, back when everything seemed right with the world. Hugging strangers was commonplace. Then, of course, 2020 unfolded, and social distancing became a ‘mandatory’ part of everyone’s lives, putting many lifelong performers out of work. As the documentary unfolds, it features heartfelt stories, dynamic performances, and powerful gestures of love and connection.

“As a performing artist myself, I knew firsthand how difficult it was losing the live audiences, so I felt compelled to do something about it”, says Bruckman. “Everyone from the mayor to the police to the health department tried to stop this event from happening citing ‘public safety’. However, we pressed on, even receiving generous donations from local companies wishing to support the cause like R.Shea Brewing, who donated over 1,000 delicious IPA’s and Gateway Electric, who delivered a massive 230 Kilowatt diesel generator to power the site. From the performers to the logistics to the cinematography teams, everyone pitched in their time and skill to create an unforgettable night and a timeless film… one I hope never to have to recreate during a global pandemic again.”

“Coalesce” is the fourth major project produced by Bruckman. Moreover, Bruckman states there were zero reported cases of Covid-19 in the following weeks from anyone attending the 10/10/2020 event.

If you would like to write a review of “Coalesce”, please send a link to your blog or media outlet via email in exchange for a private pre-screening link.

The film is available for distribution exclusively via the platform filmhub.com where streaming services Plex and Vimeo have already selected the film for screening on their platforms within the first 24 hours of release.

The public trailer can be found here: Coalesce Trailer