Arc Manor Celebrates Robert A. Heinlein’s Contributions to SF with a Free Heinlein Title and an Essay Competition

Arc Manor Celebrates Robert A. Heinlein’s Contributions to SF with a Free Heinlein Title and an Essay Competition 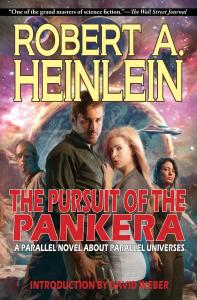 The Pursuit of the Pankera 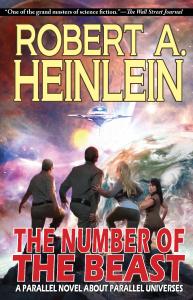 The Number of the Beast

Arc Manor is celebrating Heinlein’s legacy with a free eBook & discounting other titles. They are also offering a prize for the best essay on one of his books

We proceed down the path marked by his [Heinlein’s] ideas. He shows us where the future is.””
— Tom Clancy

ROCKVILLE, MARYLAND, USA, June 10, 2021 /EINPresswire.com/ — Robert A. Heinlein is considered one of the best writers ever to write science fiction. Often referred to as the Dean of Science Fiction, he, Isaac Asimov, and Arthur C. Clarke are considered the three main pillars of modern science fiction.

Four of his novels won Hugo Awards during his lifetime (with seven more works awarded “Retro-Hugos” after his death). He was also the first Grand Master designated by the Science Fiction Writers Association in 1974. His iconic novels include STARSHIP TROOPERS, THE MOON IS A HARSH MISTRESS and STRANGER IN A STRANGE LAND.

Arc Manor is a small press based in Maryland. It has published several of Heinlein’s works, including the first ever digital editions of many of these books through two of its imprints; Phoenix Pick and CAEZIK SF & Fantasy. CAEZIK SF & Fantasy also published Heinlein’s last published work: THE PURSUIT OF THE PANKERA in 2020 based on a rediscovered manuscript. Arc Manor currently publishes ten Heinlein’s titles, including DOUBLE STAR, the book that won Heinlein his first Hugo. All these titles (including PANKERA and DOUBLE STAR) are being steeply discounted through the month of June on their sale website, PublishersPick.com. A recently acquired title, THE PUPPET MASTERS, is expected to be released in December of 2021 in both digital and paper formats.

Readers may also enter a short essay competition on their favorite Heinlein book. That book does not have to be a book published by Arc Manor or any of its imprints. The prize includes a $100 Amazon gift card and a hardcover set of the two sister novels, THE NUMBER OF THE BEAST and THE PURSUIT OF THE PANKERA.

Detailed instructions for how to enter the essay competition are available on the Publishers Pick website at PublishersPick.com. We look forward to seeing your work.