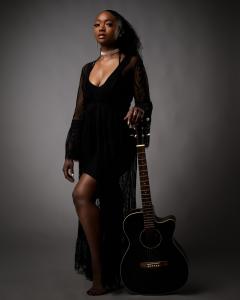 Rising R&B/Pop star Señoj plays the guitar and is a classically trained pianist and vocalist. 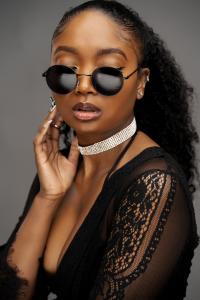 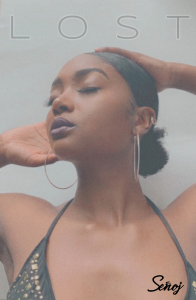 Lost is the new track by Atlanta singer/songwriter Señoj.

“Coming from a city celebrated for its genre-bending hip-hop and soul, Atlanta native Señoj is the latest artist to prick our ears from this musical hotspot.”
— Jeff Ponchick, Vice President and Head of Repost, SoundCloud

ATLANTA, GEORGIA, USA, April 14, 2021 /EINPresswire.com/ — Atlanta-based singer-songwriter Señoj, who was recently featured on SoundCloud’s artist platform Repost, has released an exciting new video and single called “Lost”, which is a much-anticipated follow-up to her tracks “Selfish” and “Running”.

Jeff Ponchick, Vice President and Head of Repost at SoundCloud, recently commented on Señoj’s talent saying, “Coming from a city celebrated for its genre-bending hip-hop and soul, Atlanta native Señoj is the latest artist to prick our ears from this musical hotspot. With an alluring style of modish R&B, her enchanting vocals set the perfect tone for a contemporary pop song. With a sound akin to Ariana Grande, Señoj is a new pop diva bound to make her mark”. He further suggested her music would be appreciated by fans of Ariana Grande, NAO and Sinead Harnett.

“Before writing ‘Lost’, I started to realize that I was fixated on a person’s potential in a relationship, rather than who they were in the moment”, says Señoj. “I’d focus on all the things that were only possibilities, who they could be instead of who they are. I was so caught up in this idea of a perfect relationship that I was ignoring what was right in front of me. ‘Lost’ is about me coming to terms with what I was doing and talking it out with myself. It flowed for me so easily because it’s so real”.

The “Lost” video was produced on a COVID-safe set by the Atlanta-based, EMMY award-winning producer/director Thang Ho who is the Founder of HOCA Studio, and it was directed by Annamaria Schreiber. Ho’s credits include the EMMY-winning music video “Noah”, which features the Billboard chart-topping artist Halie Loren. In 2020, Ho received the Best Director Award at the Georgia Shorts Film Festival for his film Caretakers.

“When I heard ‘Lost’, I was captivated by the uniquely ethereal sound and raw lyrics of the work, and I knew that I wanted to collaborate with Señoj,” enthuses Schreiber. “During production, every step of the way Señoj was there, working alongside me to craft the identity of the music video. She carries a specific star quality in front of the camera. Señoj gave it her all, with each performance piece hooking the audience with her emotion. ‘Lost’ is a music video that is introspective and reveals the fears and decisions she faces in her life as she looks in a mirror”.
In addition to releasing “Lost”, Señoj has been in the studio producing tracks with the multi-platinum, Golden Globe, and GRAMMY award-winning producer Slikk who has worked with Ariana Grande, Chris Brown, Lil’ Wayne, and Tamala Mann.

Señoj plays the guitar and is a classically trained pianist and vocalist. She is a GRAMMY Songwriter’s Camp prodigy and a recipient of the Ella Fitzgerald Songwriters’ Scholarship. Señoj has already caught the attention of music supervisors with “Leave It Alone” featuring in the Amazon Prime movie, The Morning After, a comedy starring Karon Joseph Riley, Ernestine Johnson, and Marquita Goings.

About Taryn Brown + Co
Taryn Brown + Company specializes in identifying promising new talent and successfully guiding them on a career path that matches their unique strengths with the right partners and collaborators in the music and entertainment industry. Founding principal Taryn Brown. was responsible for launching the careers of some of the biggest names in hip-hop and R&B including Wu-Tang Clan, Tyrese, Bobby Brown, New Edition, SWV, and others. She helped generate more than $600 million for record labels and worked with various radio formats including hip-hop, urban/urban AC, rhythmic, and pop. Taryn also served as vice president at P.T. Entertainment (Pebbles, TLC). Prior to founding Taryn Brown + Company, she was senior director of promotions for BMG/RCA and executive producer of “Impact” TV Show, a weekly African American television program syndicated by BET/Baruch Entertainment. Taryn is on the advisory council of the Black Independent Music Accelerator (BIMA) fellowship initiative. Created by the American Association of Independent Music (A2IM), the aim of the program is to fight for social and economic justice within the music industry by amplifying independent, Black-owned music businesses.