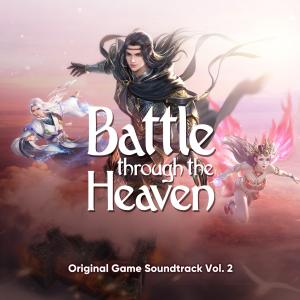 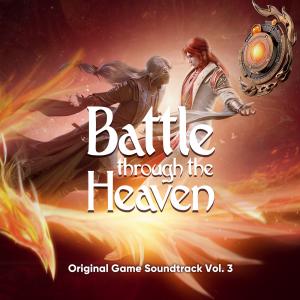 Battle Through The Heaven is a fantasy game, so we aimed at the combination and fusion of traditional Chinese instruments, modern instruments and electronic music.”
— Sam Yang, director of TiMi Audio

LOS ANGELES, CALIFORNIA, USA, June 10, 2021 /EINPresswire.com/ — Two more soundtrack albums of Battle Through the Heaven will be released digitally on June 17, 2021 by Unisonar, after the first album has won the hearts of many players and fans around the world. Developed by TiMi Studio Group, a subsidiary of Tencent Games, the massively multiplayer online role-playing game (MMORPG) is based on the online fiction series of the same title, which has garnered over 260 million clicks and has also been adapted to comic and TV show.

“Battle Through The Heaven is a fantasy game, so we aimed at the combination and fusion of traditional Chinese instruments, modern instruments and electronic music,” Sam Yang, director of TiMi Audio explains. “We hope to build a fantastic continent where players could join the protagonist in his exciting adventures.”
All the three albums in the series are produced by TiMi Audio, in charge of the design and production of audio modules of all the game titles under TiMi Studio Group like Honor of Kings and Arena of Valor.

Penned by renowned Chinese online novelist Li Hu between 2009 and 2011, the plot of Battle Through the Heaven focuses on Xiao Yan, who is regarded as a prodigy by showing unprecedented talents in the world where everyone practices Dou Qi. After losing his power and suffering from a series of misfortunes, Xiao strives to come back through countless battles and practices with the goal of becoming Dou Di (Battle God), the highest rank of those practicing Dou Qi.

With the huge success of this fiction series, the eponymous MMORPG was launched in 2018 for players to take part in this fantasy world in hopes of becoming Dou Di.

Unisonar is a Los Angeles-based music label, music production company, and publisher that develops custom music and manages all aspects of music creation from single releases to music libraries for both corporate clients and individual artists. Unisonar specializes in producing and promoting musical content for entertainment enterprises that provide the Asian and Western markets with television, movies, and video games. As a team of accomplished composers and industry experts, Unisonar is dedicated to advancing the careers of our artists and delivering positive results all while building synergy across the global music community. For more information visit unisonar.com.

TiMi Studio Group, a subsidiary of Tencent Games, is a leading global video game development and operation team headquartered in Shenzhen, China, with offices in Los Angeles, Shanghai and Chengdu, China. TiMi strives to create high quality, high fidelity and highly accessible games across a wide variety of genres. Founded in 2008, TiMi has developed a string of hit titles including Honor of Kings, Speed Drifters, Saint Seiya: Awakening, CrossFire: Legends, and most recently, Call of Duty: Mobile. TiMi is working on several new titles, including with The Pokémon Company on Pokémon UNITE, the first strategic Pokémon team battle game.