Bill Warner, founder of Avid, will be on Bonnie Halper’s Breakfast With An Investor on Thursday, June 10th

Bill Warner, founder of Avid, will be on Bonnie Halper’s Breakfast With An Investor on Thursday, June 10th 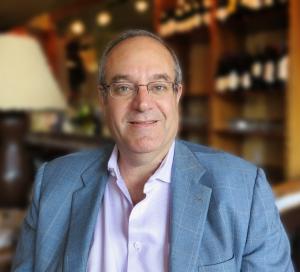 Bill Warner, speaker at Breakfast with an Investor 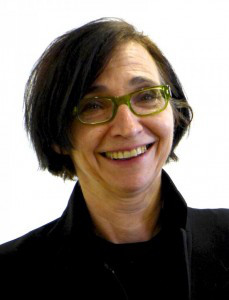 Bonnie Halper, host of Breakfast with an Investor 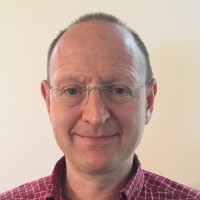 Warner will discuss what it means to build a startup from the heart. Our best ideas come from the heart, so why not turn them into startups?

When I built Avid, I ended up building the product that I wanted to have, and that editors wanted to have. Our best ideas come from the heart, so why not turn them into startups?”
— Bill Warner

The series continues tomorrow, Thursday June 10th at 9:30AM East coast time with Bill Warner, Founder of Avid Technology Inc. and Chairman and Lead Investor at Lightcraft Technology. Free signup here. Bill is a seasoned tech founder and angel investor with expertise in tech startups and concept stage ventures. He prefers to work with companies early on and often chooses to invest in a founder, rather than an idea. He’ll discuss what it means to build a startup from the heart, and how to differentiate yourself as a compelling founder. Our best ideas come from the heart, so why not turn them into startups? Bill joins us for the HAE Boston Investor Series to discuss what he looks for in a founder, and how his love for technology has made him the Investor he is today.

Much of the advice that entrepreneurs get regards how to “follow their head.” How to make logical decisions about their business. Bill is joining us to discuss the other part of the startup equation: how to follow your heart. He’ll be sharing his theories about where the energy comes from within founders, and how to use that energy to make a startup most successful. Bill founded Avid Technology, Inc. et al. Avid (Nasdaq: AVID) makes video, audio and film editing systems that make, manage and move media. Mr. Warner won an Emmy in 1993 for the development of the Avid Media Composer. In 1999, the Academy of Motion Picture Arts and Sciences presented Avid with the Oscar® for its success in transforming the editing process in filmmaking. Bill was also recently inducted into the USPTO National Inventors Hall of Fame.

ABOUT BILL WARNER
Bill Warner is an Angel Investor and experienced Technology Founder. He loves the process of starting and building great companies and has founded many successful ventures. Starting in 2004, and continuing to today, Bill has been working on techniques to help entrepreneurs build their startup from the heart. It turns out there is more to life than the Minimum Viable Product.

In 1987 Bill started Avid Technology, Inc., and today Avid is the world leader in video, film, and music editing systems. Bill won the Emmy in 1993 and accepted the Oscar for Avid in 1999. In 1991 he started Wildfire Communications along with co-founders Nick d’Arbleloff, Rich Miner, and Tony Lovell. They built a ground-breaking speech-based electronic assistant that worked over the phone. It sounds much like Siri does today, and that’s because Siri gathered its inspiration from Wildfire 20 years earlier! Wildfire was sold to Orange, PLC in 2000. In 1999 Bill started FutureBoston – now mapjunction.com – which lets you understand the story of a place by looking at precisely aligned maps over time.

Today, Bill is Chairman of Lightcraft Technology, Inc wwwlightcrafttech.com. Demos at bit.ly/lightcraft1 and bit.ly/lightcraft3. Lightcraft is building a totally new way to do video and film production and post-production with a focus on combining normal shooting with 3D backgrounds. This makes for dramatically more creativity, speed and flexibility even in low-cost productions.

Bill believes that shared workspaces are one key to creating the energy and relationships for startups so, in 2002, he created a shared workspace called the Collaboration Space at Warner Research, in Cambridge, near Fresh Pond. Bill started long before WeWork and grew the company to 1/94,000th of its value. But he didn’t go bankrupt.

Starting in 2004, and continuing to today, Bill has been working on techniques to help entrepreneurs build their startup from the heart. It turns out there is more to life than the Minimum Viable Product.

Bill began his education at Washington University in St. Louis and grew his love for technology during his time at MIT.

The interviewer is Bonnie Halper. Bonnie has been involved in technology since the early days of Web 1.0 in both NY and Silicon Valley and met most of the tech leaders who are now household names, when they were first starting their companies. She is a superconnector – and an opinionated one, who also covers tech in her weekly StartupOneStop newsletter, which always includes helpful information for founders. She works with startups as well, helping them to shape their messages, their investor pitch decks, and makes key introductions to investors, where and when appropriate.

Bonnie will be joined by Sam Bogoch, cofounder of Axle AI, a startup whose software helps media teams remotely search and manage their video content, that is launching an equity crowdfund on Republic.co this week. Sam worked at Avid from 2007-2012, and while he never worked directly for Bill, they will have a lot of interesting ground to cover.