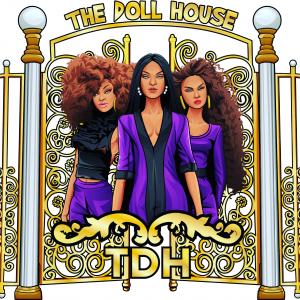 The Doll House by BBCorpWorld

In the digital space, where only 3% of the industry comprises Black developers, BBCorpWorld L.L.P. is changing the narrative to include all skin tones.

In the digital space, where only 3% of the industry comprises Black developers, BBCorpWorld L.L.P. is changing the narrative to include people of all skin tones. The Black-owned catalog of family-centered applications, with a growing fan base, is filling the digital divide that is wholly dominated by games that promote negative racial stereotypes.

The root of the problem may begin with the worldview of the creators, who according to The International Game Developers Association, are 76 percent white males. Adding fuel to the fire, researchers found they often depicted Black characters with the “meanest faces,” and portray the most aggressive and violent behavior reinforcing racial biases. Other researchers find they often depicted Black characters as subhuman and unintelligent in popular video games.

This state-of-the-art, family-friendly application is the brainchild of gaming duo Clara and Dejon Turner. The visionary power-couple grew tired of looking at the gaming landscape and not seeing favorable images of Black and brown people. The Turners decided it was their mission to shake up the gaming world with characters that emote a positive self-image. Instead of casting minorities as evil, ugly, or over-sexualized characters, the Turners turned it around, creating an app that encourages people of color to walk with confidence.

A warm greeting of “Welcome to the Doll House” awaits users who download the app, where statuesque, brown-skinned Barbies rock purple and black gear. The lifelike characters don a crown of curls, twists, puffs, and Afro-centric braids in multiple color choices.

The app transports users to a world where they see beautiful images of people of color. Players can choose a doll that best represents them with choices that include creamy cocoa skin tones to rich mahogany melanin, and everything in between. There in the Doll House world, players drive down Doll House Ave. in their shiny new whip, shop for the trendiest clothes, or lounge by the pool. In this virtual world, there is a celebration of their Blackness, and diversity is not a dirty word. The catchy theme song sums up the purpose of this timely project where players belt out lilting lyrics as an anthem to change the status quo. Users bop to the beat, while riding down Doll House Ave. …

“Black and beautiful — Yeah that’s me — with my Doll House family.”

The Doll House Family of apps is now available for download on Google Play and the Apple App Store for $1.99.

For more information on the Doll House app, BBCorpWorld, L.L.P., contact Clara Turner at 720-614-1124, or bbcorpworldllp@gmail.com.