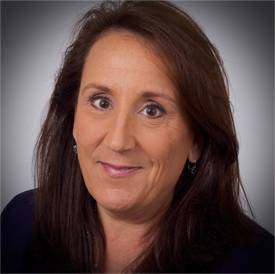 Oakland’s business community has demonstrated its resiliency. COVID has deepened our resolve in support of local businesses and the jobs they create.”
— Barbara Leslie, President & CEO, Oakland Chamber of Commerce

Oakland and the greater East Bay economies survived the first year of the pandemic and are poised for rebound according to new research set to be released at the Oakland Chamber Economic Summit 2021 on Thursday, April 15.

The seventh annual report provides a deep dive into Oakland and the greater East Bay’s regional economy, industry and job opportunities, impacts of COVID-19, and industries poised for economic growth. The report has become the most thorough and widely used annual economic analysis in the City/Region. Dr. Chris Thornberg, founder of Beacon Economics, considered to be one of the nation’s leading economists, will lead us through a comprehensive presentation of the report.

“Time after time, Oakland’s business community has demonstrated its resiliency. COVID has deepened our resolve in support of local businesses and the jobs they create, knowing that their recovery is predicated not only on economic growth but also the regulatory environment that exists,” said Barbara Leslie, President and CEO of the Oakland Metro Chamber of Commerce.

* Despite the economic headwinds from COVID-19, Venture Capital investment has remained elevated in Oakland. The $897 million in VC investment in 2020 was the second-highest level of VC investment for a given year on record.

* After posting a sizable decline from 2018 to 2019, residential permitting activity continued to decline in the City of Oakland in 2020.

A report summary will be made available following the event on the Oakland Chamber’s website www.OaklandChamber.com.

In addition to the economic data, the virtual event will be addressed by Dee Dee Myers, Senior Advisor to Governor Gavin Newsom and Director of the Governor’s Office of Business and Economic Development. Myers was the White House Press Secretary during the first two years of the Clinton administration. She was the first woman and the second-youngest person to hold that position.

Oakland is now on the global map due to its prime location and how it serves as a home for innovation in technology, the arts, transportation and health care. That global position has enabled Oakland to join with the Kennedy School of Public Policy at Harvard University’s Growth Lab to study Oakland and the region’s economic composition. The Summit will feature two speakers from Growth Lab who will provide a presentation on our region’s economic composition, how it compares to other areas across the County, and what we can do to maximize our local assets to increase economic growth and job creation.

Tickets for the event are still available at OaklandChamber.com. The Economic Summit 2021 is sponsored by Kaiser Permanente and received additional support from AB&I Foundry.

NOTE: Media may join the event by sending RSVP to bleslie@oaklandchamber.com