The headquarters for CCHR Florida are located in downtown Clearwater. 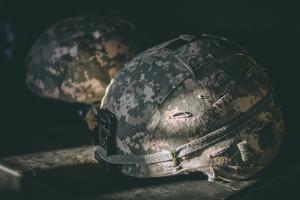 The Citizens Commission on Human Rights warns that President Trump is being misled about a nasal spray depression drug, esketamine, being the answer to veteran suicides. 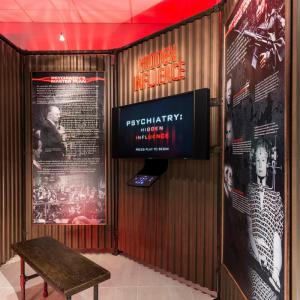 Psychiatry an Industry of Death Museum 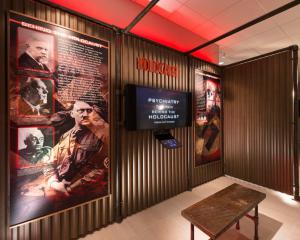 The Psychiatry: An Industry of Death museum is open daily in downtown Clearwater, Florida 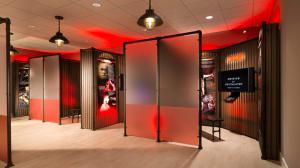 The museum presents the unvarnished history of psychiatry across fourteen audio-visual displays, each revealing another aspect of psychiatric abuse and violations of human rights.

Mental Health Watchdog has toured over 7,000 people through the museum as part of an ongoing campaign to restore rights to the field of mental health.

In the past, war trauma was treated with compassion and understanding. But today, the willingness to empathize and listen has been replaced by psychiatric drugs with dangerous side effects.”
— Diane Stein, President CCHR Florida

CLEARWATER, FLORIDA, UNITED STATES, June 8, 2021 /EINPresswire.com/ — PTSD Awareness Month is observed every June for the purpose of raising public awareness of Posttraumatic Stress Disorder and the Florida chapter of the Citizens Commission on Human Rights (CCHR), is inviting those interested in learning more about alternative treatments to tour their museum. Since 2015 over 7,000 people have toured the museum located at 109 N. Fort Harrison in Clearwater, Florida. The museum is free of charge and open seven days a week.

According to CCHR, today, some 80% of vets labeled with PTSD receive psychotropic drugs; 89% of these are given antidepressants, with 34% treated with antipsychotics—drugs so powerful they were intended only for the most seriously disturbed. Since 2001, there have been more than 150 worldwide drug regulatory warnings and studies issued about the dangerous—often lethal effects—of psychotropic drugs such as these. [1]

“In the past, war trauma was treated with compassion and understanding. But today, the willingness to empathize and listen has been replaced by psychiatric drugs with dangerous side effects,” states the President of CCHR Florida Diane Stein. “Our museum tours aim to educate the public on the truth behind the multi-billion dollar mental health industry.”

The Psychiatry: An Industry of Death museum presents the unvarnished history of psychiatry while providing information on the state of psychiatry today using interviews with more than 160 doctors, attorneys, educators, survivors and experts on the mental health industry to shine the light of truth on the multi-billion dollar psychiatric industry.

In addition to museum tours, CCHR has participated in hundreds of events distributing over 550,000 documentary DVDs, booklets, information kits and educational materials for the purpose of providing Floridians the truth about psychiatric drugs, treatments and their rights under the mental health law.

The museum is open daily and events are held weekly and monthly. Both are free to the general public. For more information, please call 727-442-8820.

About CCHR: Initially established by the Church of Scientology and renowned psychiatrist Dr. Thomas Szasz in 1969, CCHR’s mission is to eradicate abuses committed under the guise of mental health and enact patient and consumer protections. L. Ron Hubbard, founder of Scientology, first brought psychiatric imprisonment to wide public notice: “Thousands and thousands are seized without process of law, every week, over the ‘free world’ tortured, castrated, killed. All in the name of ‘mental health,’” he wrote in March 1969.