CHINA VS. AMERICA WAR OF THE WORLDS

CHINA VS. AMERICA WAR OF THE WORLDS 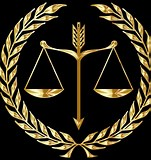 CHINA VS. AMERICA WAR OF THE WORLDS! AS CHINA CONTINUES TO THREATEN AMERICA’S NATIONAL SECURITY ASIANS WILL REMAIN THREATENED IN AMERICA AND AFRICA.

Tensions between the U.S. and China escalated in the last few years under former President Donald Trump, who used tariffs and sanctions to address persistent complaints about China’s lack of intellectual property protection, requirements of forced technology transfer, unfair business practices and of course, the origins of the coronavirus pandemic, which brings us to the rise in assaults and the recent deadly shooting by a white supremacist of Asians in a Massage Parlor in Atlanta.

“This is only the beginning,” says Peter W. Sherrill, recent 2020 Write-in Presidential Candidate, now Advocate for the Human Rights Defence Group International (HRDGI) and the Diaspora for the International Institute African Scholars (IIAS).

Sherrill believes, “China is and has become a clear and present danger to the National and Economic Security of the United States, especially in Africa and at some point there will be a “War of the Worlds,” and/or “Clash of the Titans,” as the abundant natural resources in Africa, especially oil and uranium become increasingly vital to China’s growth.”

“Notwithstanding, however, if you know white supremacy like I know white supremacy,” says Sherrill, the “Insurrection on the Capitol” will be nothing in comparison once these “White Hate Groups” turn their sites on Asians. It will not matter if they’re Chinese, Japanese, Koreans or Vietnamese. As tensions grow between the two world powers to determine who is the sole superpower, Asians in America will not be safe here and especially in Africa, as America begins to send its military to protect any further exploits of China in Africa.

Ironically, America’s ally France will continue to be the greatest exploiter on the Continent of Africa, as it now has total control of the African Union, which comprises all of the countries on the Continent. And regardless of how much and how often the Former Ambassador to the United States for the African Union speaks out, main stream media ignores the numerous coups and assassinations upon the Continent by France and the economic exploitation that continues through “Colonialization Pacts”, France has forced its former colonies to sign or face French military intervention and destruction of entire economies.

These “Crimes Against Humanity in Africa go unaddressed in the United Nations and in the United States or by China even though the former Ambassador, Dr. Arikanna Chihombori-Quao, continues to address these exploits after being fired by the African Union Commission Chair, Faki, a “ Good Houseboy” for France from Chad, allegedly a former French Colony, yet still functions as a colony of France; just held one of the most one sided undemocratic elections to remain as Chair, running unopposed, despite the amassing of 28 million signed petitions garnered by the Head of COSUA-Advocate Sarfo Abebrese – opposing this undemocratic election.

France’s major exploitation of Africa’s resources is probably with the extortion of the uranium from Niger, necessary to run its nuclear power plants which supplies 77% of France’s electricity, while the people of Niger remain dirt poor from this enormous disparity in wealth transfer.
President Chirac said it best! ‘France would become a third world power, without the cheap natural resources it commandeers from Africa.’

It has also been determined that without Africa’s natural resources France’s economy would be ranked 15th in the world not 6th!
However, with the recent emergence of Ghana, refusing to no longer export its Cocoa to Switzerland, this may encourage other African nations to stand up to all those who are exploiting the Continent’s wealth.

Given the tense relations with African Americans and Asians here in America, and the continued exploitation of the Muslims in China, America could become a very hostile environment for Asians to exist!
Today it’s just insults, tomorrow how many more Asians will become the victim because of this threat to America’s National and Economic Security?