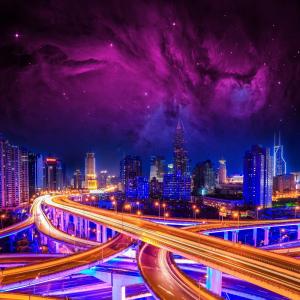 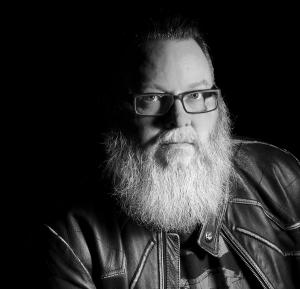 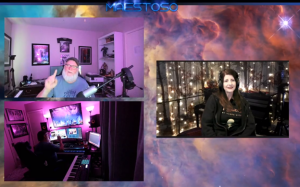 Set the controls to autopilot and enjoy a cinematic electronica experience piloted by Keith Richie on the way to “Ultima Thule.”

One of my ultimate goals in life is to produce film scores, particularly Sci-Fi and Horror…I always hear music in my head as I read.”
— Keith Richie

MESQUITE, TX, USA, April 8, 2021 /EINPresswire.com/ — “V Feeling” and “Neptune’s Awakening” are the first singles to be released from composer-producer Keith Richie’s latest album, Ambient Highways, arriving in full on April 12, 2021. The Texas-based composer-producer has reimagined and expanded his Ambient Highways project to its greatest potential, and is releasing it in all formats, including limited edition 180 gram multi-colored vinyl, now available for pre-order.

Richie’s ambient electronic albums are often based on a central theme conveying a soundtrack-type listening experience; one could say his signature sound is a mixture of electronica, symphonica, and progressive ambient. His albums stylistically range from Berlin-school, to film score, to ambient and chill-out. His current style of composition uses synthesizers, including a Native Instruments S88 controller and Virtual Instruments.

In an early review of the album, music writer Robin James noted that listeners will “pass by places where sometimes angels weep, a route that is emerging from the darkness and taking form constantly, filled with steady lights and throbbing streams of energy…it pulls the listener through emotions that range from a dark cosmic feeling to an exuberant state, crescendoing with the album’s track ‘Keeping the Dream Alive.'”

Such vivid descriptions are sure to please Richie, who is deeply inspired by composers Vangelis and John Williams. Ambient Highways listeners will hear bold electronic instrumental soundscapes, otherworldly and melodic, brimming with imaginative and futuristic aural concepts. Reflecting his lifelong love of science fiction, one can imagine the album as a soundtrack for dreamers of space exploration, time travel, parallel universes, and extraterrestrial life. Richie refers to it as his tour de force, combining his imagination with all his passions in a seamless blend of electronica, symphonica, and progressive ambient power.

The first single, “V Feeling” (5:45), begins as a tone poem-parable, dreamy and slowly finding its way, building gradually, staying calm and serene all throughout. Thus unfolds a blend of electronic, progressive, ambient, jazz, and orchestral sensations into one cohesive listening adventure. The second single, “Neptune’s Awakening” (4:32), introduces a distant continuous eternal roar of the surf, followed by a triumphant rolling procession with powerful beats. It is a strong selection for the second single and — played along with “V Feeling” — it gives us a sense of the rich experience in the album to come.

The composition process was not without its challenges, said Richie, who faced a serious case of writer’s block at one point. Perseverance and tinkering built momentum, as did the album’s creative design process, aided by his wife, Kayla, whose choice of vivid cover art sparked Richie’s imagination.

He shares, “I can still listen to Ambient Highways from start to finish with my eyes closed and visually see this body of music. For me, it leaves a lasting expression of finding beauty within the chaos. Just a moment of clarity. I hope it does the same for you. I am thankful to finally be in a place to share it with you in its full intended form, just as it was meant to be.”

Ambient Highways will be released in streaming, CD and limited edition vinyl formats on April 12; the pre-sale is available on Bandcamp and on the official website of Richie’s independent label, Other Worlds Than These Music. The first two singles are now on Spotify, Apple Music, and other streaming platforms.

Connect with Richie for his live video series, “Monday Musings with Maestoso” which includes guest hosts, musical guests, and inside perspectives along with gear talk, creative noodling, and music. The series streams on Facebook, YouTube and Twitch every Monday at 5 pm CDT.

For more information on KEITH RICHIE and AMBIENT HIGHWAYS, please contact Beth Hilton, The B Company, at BethHilton (at) thebcompany (dot) com