COLLEGE PROFESSOR AND APOLLO ASTRONAUT PUBLISH CHILDREN’S PICTURE BOOKS TO UNITE, INSPIRE, AND GIVE BACK

COLLEGE PROFESSOR AND APOLLO ASTRONAUT PUBLISH CHILDREN’S PICTURE BOOKS TO UNITE, INSPIRE, AND GIVE BACK 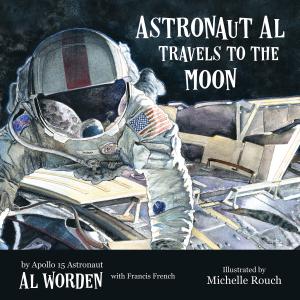 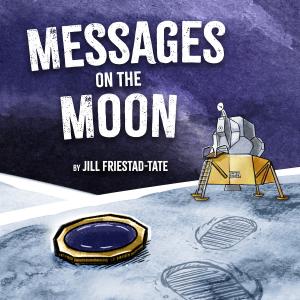 Cover of “Messages on the Moon” that details the story of Apollo 11 and the silicon disc. 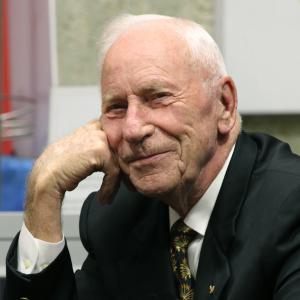 Two new, non-fiction children’s books Unite, Inspire, and Give Back by sending students and teachers from all over the world to Space Camp.

Al Worden has coupled his real trip to the Moon with his wonderful poetry in a way that makes you feel you’re alongside him on Apollo 15. What a delightful voyage it is to go along with him.”
— Gerry Griffin, Lead Flight Director, Apollo 15

“Messages on the Moon,” written by Des Moines Area Community College professor Jill Friestad-Tate, details the events surrounding the silicon disc left on the Moon by the Apollo 11 crew of Neil Armstrong and Buzz Aldrin. As people around the world celebrated man’s first steps on the Moon, the astronauts placed a silicon disc containing messages of goodwill from 73 different countries near their landing site on the Sea of Tranquility. Inscribed with the words, “From Planet Earth – July 1969,” the disc signified the first time humanity joined together in celebration.

“As a writer of children’s books, I am always looking for information about stories that would be interesting to young readers,” Jill said. “Tahir Rahman, author of We Came in Peace for All Mankind, spoke about the silicon disc at ciLive! 10 in 2019, and I was immediately inspired. I couldn’t believe the story had never been told to young readers in a picture book. Following the event, a friend also told me she had the original newspaper article clippings from the Apollo 11 mission. As I reviewed them, the theme of hope, peace, and unity continued to pop up which I knew was the real story behind the disc.”

According to Jim Hansen, author of “First Man: The Life of Neil A. Armstrong” which served as the basis for the 2019 movie, “First Man,” “This book is a great introduction to the Apollo 11 mission for kids. My four grandchildren will love it. The illustrations are terrific and the book isn’t too information-laden to seem like schoolwork. Perfect combination!”

“Astronaut Al Travels to the Moon,” written by the late Colonel Alfred Worden who served as the Command Module Pilot for Apollo 15, vividly depicts space travel as only an astronaut can. Worden, the first person to walk in deep space, was the only Apollo astronaut who published books of poetry following his mission to the Moon, the same mission that also at one point during the trip made him the most isolated human in history. His inspiring feelings are in full display in this book which takes readers, both children and adults, on a lyrical journey to the Moon and back that captures first-hand the essence of hurtling through the cosmos.

“Al Worden has coupled his real trip to the Moon with his wonderful poetry in a way that makes you feel you’re alongside him on Apollo 15,” said Gerry Griffin, Lead Flight Director on Apollo 15. “What a delightful voyage it is to go along with him throughout this book.”