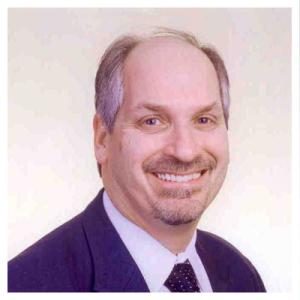 As the Eighth Circuit hears oral argument, the country is teeming with court cases and related legislation at all levels of government. by Maureen Rubin, J.D.

If the proposed legislation passes, the industry will undoubtedly react by severely cutting back on insurance for business interruption or eliminating it altogether.”
— Richard A. Fogel, New York Insurance Litigation Attorney

ISLIP, NEW YORK, UNITED STATES, May 4, 2021 /EINPresswire.com/ — While the nation’s death toll has reached over 567,000, another frightening statistic demonstrates that human lives are not COVID-19’s only casualties. Small businesses are also dying at estimated rates of over 800 per day, with a total that surpassed 160,00 last September. Meanwhile, insurance companies are prevailing in over 80% of cases filed by small businesses. State and federal courts are denying coverage to litigants because their contracts with insurance companies do not cover COVID-19-related business interruptions.

Since March, 2020 nearly 1,600 cases have been filed against insurance companies by small businesses seeking to collect on their business interruption coverage, according to the University of Pennsylvania Carey Law School’s Coverage Litigation Tracker. Most of these cases have been filed in federal court, due to diversity jurisdiction. Most are determined by each court’s interpretation of contract language.

On April 18, the Eighth Circuit was the first federal appeals court to hear oral argument on the issue, during an appeal regarding an Iowa district court’s dismissal of a suit by Oral Surgeons PC against the Cincinnati Insurance Company last September. This case will decide whether courts have to hear cases that determine whether insurance companies must cover losses that come about because of government orders that require them to close or reduce operations.

“Oral Surgeons was unable to perform its business operations at the property because of the community spread of the virus, which amounted to the ‘accidental physical loss’ of the property … as ordered by the governor,” the clinic argued. Oral Surgeons further contended that the District Court judge gave short shrift to a pair of out-of-state COVID-19 coverage decisions that went against Cincinnati.

Eighth Circuit judges David Stras and James Loken gave their own interpretations of this contract language during a feisty 30-minute video interchange with Tyler S. Smith, an attorney for Oral Surgeons. Smith argued that his client had an “all-risk” policy that would cover losses to its dental clinic related to the Iowa governor’s temporary ban on non-emergency procedures. U.S. Circuit Judge David Stras, however, told him that a “loss” was comparable to what happens during a fire, while “damage” was what is suffered when a brick gets thrown through a window. Stras maintained that “a loss must be physical and loss of business during COVID-related health measures does not suffice as a physical loss in insurance parlance.”

Loken later asked Smith to distinguish his case from Promotional Headware v. Cincinnati Insurance Company Inc. from the U.S. District Court for the District of Kansas, where a federal judge in Kansas found coverage only exists when there is a “direct” and “physical” “structural change.” Smith countered that cases in Illinois and Missouri sided with plaintiffs, and urged the Eighth Circuit judges to find the key terms “loss,” “physical,” and “damage” to be ambiguous enough to require a trial. Insurance company attorney Daniel Litchfield argued that Smith’s suggestion of ambiguity was a “distinction without a difference.”
That same day, the Ohio Supreme Court was asked to rule whether COVID-19 could be considered a “direct physical loss or damage to property” under Ohio law. That case, also against The Cincinnati Insurance Company, was sent to the Ohio Supreme Court by U.S. District Court Judge Benita Y. Pearson in Youngstown. Her order said her state needed a ruling because “differing interpretations of Ohio contract law …threaten to undermine the uniform application of that law to similarly situated litigants.”

Meanwhile, in 2020, 16 states considered bills that would mandate coverage for C0VID-19-related business interruptions. No state has yet passed a relevant bill, and those that considered enacting such laws were either defeated or not considered. But pro-coverage legislation is not going away, according to the industry’s American Property Casualty Insurance Association (APCIA). Proposed state laws differ in how they will require coverage of business interruption losses, but such laws may well be retroactive to the start of the pandemic. Most proposed state laws are limited to small businesses.

The mishmash of rulings as well as forthcoming legislation will need to clarify a large number of issues raised by attorneys and judges in current suits. Primary among these is how to interpret the nearly omnipresent contract language that states coverage is dependent on “direct physical loss or damage to property according to state law.” Many rulings stem from acceptable definitions of the words “direct” “loss” or “damage.”

Although neither of the contracts in last week’s cases specifically eliminated coverage for communicable diseases, most of the cases that have thus far been dismissed include specific virus-exclusion clauses. Many insurance companies added the specific exclusionary language in the wake of SARS in early 2003. But cases without this language are moving forward.

The path ahead for cases that try to compare COVID-19 loss to direct physical damage is fraught with stumbling blocks. For example, in a case by a printer seeking funds because he could not afford to print his magazine without insurance funds, a U.S. District Court judge in the Southern District of New York rebuffed the plaintiff’s definition of damage, stating, the “virus damages lungs. It doesn’t damage printing presses.”

Other courts dismissed suits because claimants failed to show that COVID-19 was actually present on properties, making business impossible because its structures were unusable. Theoretical connections between business loss and COVID-19 were not adequate.

There have, however, been pro-business decisions in Missouri, North Carolina, Nevada, Virginia, and Washington. One U.S. District Judge in the Western District of Missouri denied an insurance company’s motion to dismiss because he believed a group of hair salons and restaurants did suffer “direct physical loss”. After all, loss was not specifically defined in their insurance company policies, and the judge opined that the ordinary meaning of the term encompasses “the act of losing possession and deprivation.”

Current cases are drawing national attention. The Eighth Circuit case, for example, drew many amicus briefs. The Restaurant Law Center, which represents a million restaurant owners, urged the court to side with Oral Surgeons PC while the American Property Casualty Insurance Association urged support of Cincinnati Insurance. They argue that business interruption coverage was never intended to include pandemics.

Another key argument from the insurance industry contends that the solution rests not with insurance companies, but with the federal government. Legislation such as the Coronavirus Aid, Relief, and Economic Security (CARES) Act and President Biden’s $1.9 trillion coronavirus relief package that passed in March and contains $356 billion in state, local and tribal relief, should suffice.

States May Act to Require Coverage Through Legislation

Many states are moving to require insurers to cover these losses by amending state law. Proposed legislation in New York would flat out eliminate virus exclusions in policies and require insurers to cover certain business interruption losses. Richard A. Fogel, an attorney at the Law Offices of Richard A. Fogel, P.C. who represents major insurance companies in coverage litigation in New York and nationwide, has seen this idea bouncing around the legislature for a year now and doesn’t believe any final action will help policyholders regarding losses already suffered due to COVID-19. Fogel recalls the exclusion of coverage for viruses implemented by the insurance industry after the 2003 SARS scare which actually left the US largely untouched. Fogel’s concern is what the insurance industry’s reaction to a legislative elimination of the exclusion might be. “If the proposed legislation passes,” he says, “the industry will undoubtedly react by severely cutting back on insurance for business interruption or eliminating it altogether.” Given the importance of business interruption coverage for fires, which are much more common than pandemics, Fogel thinks it might be wiser to leave the exclusion alone than prompt a severe reaction from the insurance industry.

While virus exclusions returned to the fore with COVID-19, attorney Fogel believes a much more immediate and widespread concern for policyholders in New York should be the lead paint exclusion, especially for housing and building owners in New York City. “The virus exclusion may indeed become much more important going forward,” says Fogel, “but the lead paint exclusion is already hugely important, and the legislature hasn’t done anything to change it.” A bill to prohibit lead paint exclusions for rental property owners was introduced in the 2019-20 session, but it never made it out of committee.
Moves to limit or eliminate virus exclusions have also been put forward in other states as well. California proposes the creation of a rebuttable presumption that when a virus is present it causes physical loss or damage to that property. Pennsylvania has proposed legislation that would give small businesses 100% of their policy limits, and other states propose the creation of a reimbursement fund.

These cases make it clear that contract language and the courts’ interpretation of their words are all-important. When cases go to trial, juries will have to determine if coronavirus itself causes property damage as defined by insurance policies. Is the language plain, or is its ordinary meaning meant to cover COVID-19-related losses? What do business owners expect when they purchase business interruption policies? Can there be consistency with language and laws that cover all possible fact patterns?

The answers to these questions will define the multimillion-dollar impact of COVID-19-related lawsuits on insurance companies who seek to escape liability for business interruptions. The Insurance Journal reports that Lloyds of London has predicted that “overall, the industry could face at least $1 billion in total underwriting losses from the pandemic.”