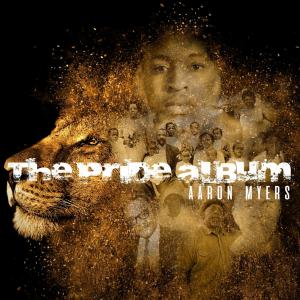 The project is entitled The Pride Album and is a complete, thoughtful record that showcases the independent jazz artist’s vocal talent and skill as a bandleader

WASHINGTON, DISTRICT OF COLUMBIA, UNITED STATES , April 29, 2021 /EINPresswire.com/ — DC-based jazz vocalist and pianist Aaron Myers is one day away from releasing The Pride Album, his fourth studio project and his first venture with Mecca Filmworks for the production of the “The Pride Video Album.”

The album was recorded at the Grammy-winning Tonal Park Studios in Takoma Park, MD and sees Aaron joined by a cast of critically-acclaimed musicians and an award-winning production team. Myers documented the album’s intricate recording process with a powerful in-studio video that will premiere during the DC Jazz Festival’s official International Jazz Day Celebration on the day it releases. The IJD program will also feature Grammy-winning saxophonist Kenny Garrett and will see Aaron playing the album live from start to finish while also sharing intimate details about each of the 12 songs on the project.

In his own words, Myers said that, “The Pride Album is meant to convey two things. First, the ancestors who are with me in every endeavor I seek to do. I stand upon their shoulders and they support, advise, protect, and uplift me. The second thing is an invitation for the world to truly see the PRIDE Album and an invitation to join my PRIDE, my tribe, my family. This album displays the struggles of our ancestors and of our people today, yet conveys the desire to also experience the fun, beauty, love and affection of life through traditional and contemporary Jazz.”

The artist-activist has had quite a momentous last few weeks, from being named a 2021 Jazz Hero by the Jazz Journalists Association to being recognized for his continued service to the greater Washington community when he won the Advocacy Award at the 2021 Wammies, which is his second time receiving the honor at DC’s longest running local award show. He was also featured by Fox5DC in a televised interview where he gave more details about the project and his recent advocacy efforts as one of the leading voices in the #SaveDCVenues movement.

Listen to The Pride Album on Friday, April 30th, and get familiar with the new sound of Jazz. The album will be available to stream or purchase on Bandcamp, Spotify, Apple Music, Tidal, and YouTube Music among others.

To get quotes for a write-up, to reach out about any press inquiries/make requests for further information or to hear more of Aaron’s music, please contact Matt at mgmt@aaron2.me.