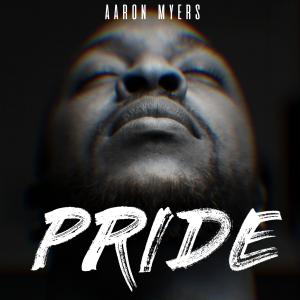 The single “Pride” is the final offering from Myers’ soon-to-be-released fourth studio project The Pride Album, which is slated to drop on Friday, April 30th.

It’s a feel-good tune that showcases Myers’ superb songwriting skills and puts his one-of-a-kind vocal talents on full display. The meaning of the song refers to both the pride we feel internally and our external support systems consisting of our family, ancestors and community. The song serves as a powerful reminder that we’re all strong as long as we remember that we’ve got our pride. The single is slated to release on Friday, April 16th and the album will be available to stream everywhere on Friday, April 30th.

Myers has had quite a momentous last month, from being named a 2021 Jazz Hero by the Jazz Journalists Association to announcing his co-billing with Grammy-winner Kenny Garrett at the DC Jazz Festival’s official International Jazz Day Celebration. The artist-activist was also recognized for his continued service to the greater Washington community when he won the Advocacy Award at the 2021 Wammies, his second time receiving the honor at DC’s longest running local award show.

Listen to Aaron’s newest single, “Pride,” on Friday, April 16th, and get hip to the new sound of Jazz. The single will be available to stream and purchase on Spotify, Apple Music, Tidal, YouTube and Bandcamp among others.

Album Synopsis: The Pride album is meant to convey two things. First, the ancestors who are with me in every endeavor I seek to do. I stand upon their shoulders and they support me, advise me, protect me, and uplift me. The second thing is an invitation for the world to see the PRIDE Album, an invitation to join my PRIDE, my tribe, my family. This album displays the struggles of our ancestors, of our people today, yet conveys the desire to also experience fun, beauty, love and affection through traditional and contemporary Jazz. The album is slated to release on International Jazz Day 2021, a UNESCO led initiative that is the culmination of Jazz Appreciation Month, which draws public attention to jazz and its extraordinary heritage throughout April.