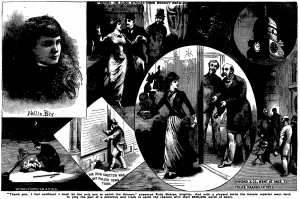 The Lost Novels Of Nellie Bly 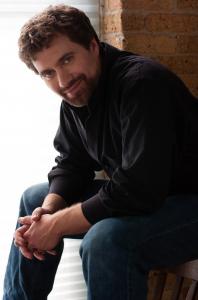 Bly rose to fame in the 1890s with her undercover reporting of horrific conditions in a New York insane asylum followed by many adventures chronicled in newspapers of the time, culminating in her 1890 race around the world. At the height of her fame, however, she quit reporting and for three years wrote serialized novels. These novels, thought lost forever, were rediscovered in 2019 by author David Blixt, and have been collected for the first time in new editions from Sordelet Ink.

Blixt is the author of What Girls Are Good For, a novel based on the real-life events of Bly’s life and reporting. While researching his next Nellie Bly novel, Blixt discovered eleven complete and unknown novels by Bly herself. With the help of friends and colleagues, Blixt spent over a year preparing Bly’s lost novels for publication, transcribing and editing them, as well as collecting articles from Bly’s own reporting that were the inspiration for her fictional stories.

“A journalist, feminist, daredevil, the basis for every scrappy woman reporter for over a hundred years of literature, Nellie Bly was a force to be reckoned with,” says Blixt, himself the author of more than a dozen historical fiction novels. “She exposed corruption in Albany, outed a serial procurer of girls in Central Park, and interviewed the most notorious would-be murderess of the day. She kept putting herself in more and more peril in order to get a story. In fact, she was the inspiration for Lois Lane. Only the real Lois Lane didn’t need a Superman.”

Bly reached the zenith of her fame by successfully racing around the world to best the fictional record of Jules Verne’s character Phileas Fogg in Around the World in 80 days. “When she returned in just 72 days, she was probably the most famous woman in America,” explains Blixt. “But three years of stunt journalism had taken a toll on Nellie, which explains why she switched to writing novels.”

Bly accepted an offer from her publisher, Norman Munro, to write for his New York Family Story Paper. Titles of two of her serial novels, Eva The Adventuress and New York By Night, have long been known. But the novels themselves were lost until Blixt discovered that Munro had also printed them in a British weekly publication, the London Story Paper. Between 1890 and 1895, Munro published eleven novels by Nellie Bly. Over 125 years later, they have been collected for the first time as The Lost Novels Of Nellie Bly.

As companion pieces, Blixt has also released two volumes of Nellie Bly’s World, collecting all of Bly’s articles for the New York World from 1887-1890. The research took Blixt to libraries in London and Toronto, New York and Pennsylvania, poring through nearly illegible microfilm documents. The results, he says, have been worth the effort.

“Nellie is a complex and fascinating figure who deserves to be remembered and relished,” says Blixt. “These novels provide an entirely new look at her. We just went from having four books by Bly to fifteen. And her imagination is quite wild.”

The novels have such titles as EVA THE ADVENTURESS, NEW YORK BY NIGHT, WAYNE’S FAITHFUL SWEETHEART, and IN LOVE WITH A STRANGER, and range from mystery to romance to ripped-from-the-headlines drama.

The Lost Novels Of Nellie Bly are available in print and digital format from Sordelet Ink, complete with the articles that inspired them. For more information, visit www.davidblixt.com.