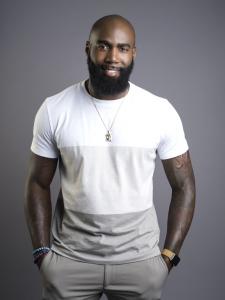 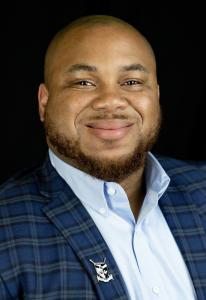 U.S., April 14, 2021 /EINPresswire.com/ — DISRUPT FOODS, a Black-owned Northeast-based multi-unit franchise restaurant operation and investment company since 2016 with 12 quick-service restaurants in New Jersey, Massachusetts, New Hampshire, and Maine, announced its plans today to expand its operations with 11+ new Papa Johns restaurants in the New England area over the next four years, and introduced Athlete Franchise Partners, a new platform to offer franchising opportunities to professional athletes. In addition to Papa Johns restaurants, Disrupt Foods will add more quick service concepts to its portfolio in the future.

Disrupt Foods was co-founded by two-time Super Bowl Champion Malcolm Jenkins and is co-founded and led by Joe Johnson, Partner and COO at Malcolm Inc. “The franchise industry is an 800 billion dollar a year industry. With established systems, network, and a lower failure rate versus non-franchised investments, it is a proven industry that has seen significant growth trends with thirty percent of revenue coming from quick service restaurants. Organically, it is a strong business model as Americans consistently frequent quick service restaurants, and an area that Disrupt Foods has had success in; therefore, we are aggressively adding more stores to our portfolio,” said Johnson.

The franchise industry has largely lacked diversity. While one-third of the U.S. population is black or Hispanic, only 18% are franchise owners and that number is even lower in top tier franchise concepts. Disrupt Foods plans to change that. The company also announced today the formation of Athlete Franchise Partners, a new innovative program to create meaningful business connections between professional athletes and top and emerging franchise brands through access to investments.

“Although franchise ownership amongst black and brown people has grown there’s still a massive disconnect in terms of education and awareness about ownership. It has become increasingly important to me to educate and provide other athletes with opportunities that also benefit their communities, especially when so many of the workforce are people of color. The average career for a football player is two-and-a-half years and it’s a mission of mine to create deal flow for other athletes to create generational wealth for themselves and their families,” said Jenkins. “Athlete Franchise Partners is a similar model to Malcolm Inc.’s venture capital fund – Broad Street Ventures — that we launched last year, where we can not only provide access, but give players the opportunity to have investments that are run and managed by our leadership team.”

Johnson has over 12 years of multi-unit retail operations and business development experience, including tenures at Target Corp and Cisco Systems, where he led and focused on operational and growth initiatives. Since 2016, Johnson has been a partner and led Disrupt Foods’ multi-state expansion and will continue to lead the development and diversification of the team’s portfolio. Johnson serves on various boards and councils including The Papa John’s Foundation, FP Youth Outcry (The Hubb) and the PJI Franchise Advisory Council. He is a proud New Jersey native and Rutgers University Alum.
Disrupt Foods is managed by Malcolm Inc., a bi-coastal corporation with operations in Los Angeles and New Jersey.

DISRUPT FOODS is a Black-owned Northeast-based multi-unit franchise developer and operator of quick service restaurants aiming to level the economic playing field for Blacks and Hispanics through franchise ownership. Disrupt Foods, co-founded by two-time Super Bowl Champion and three-time Pro Bowl Safety Malcolm Jenkins in 2016, has 12 quick-service restaurants in New Jersey, Massachusetts, New Hampshire, and Maine. The company, managed by Malcolm Inc, will own and operate 30 QSR locations in the Northeast by 2025. For inquiries, please contact info@disruptfoods.co.

Malcolm Inc. is the holding company for two-time Super Bowl Champion and three-time Pro Bowl Safety Malcolm Jenkins’ off the field business portfolio, philanthropic and brand partnerships with a diverse and robust roster of companies in Media, Tech, Apparel, Restaurants, Real Estate and Education. Collectively, the executive team brings over 65 years of operational, entertainment, philanthropic and investment experience. The slate of companies in Malcolm Inc.’s portfolio include LISTEN UP MEDIA, a multimedia production company with the mission to showcase and distribute content that seeks to entertain while creating social awareness around systemic issues in society; BROAD STREET VENTURES, a $10 million investment vehicle funded entirely by Black and Brown investors including a group of fellow NFL player​s; DISRUPT FOODS, a multi-unit franchise developer and operator of quick service restaurants aiming to level the economic playing field for Blacks and Hispanics through franchise ownership; E&R REAL ESTATE GROUP to expand black ownership of land and real estate across the U.S., DAMARI, a custom clothing company including ready-to-wear and made-to-measure men’s and women’s suits, and THE MALCOLM JENKINS FOUNDATION, a 501(c)3 public charity founded in 2010 by Jenkins with a mission to effect positive change in the lives of youth in underserved communities. For more information, visit https://malcolminc.com/.