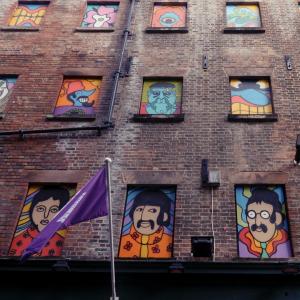 The Beatles And Us 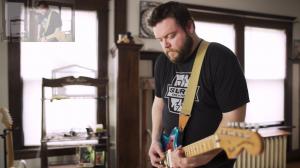 Sometimes we need that break from the harsh city life out there and it’s nice to enjoy some time at the cinema.”
— Dennis Cieri, festival founder

NEW YORK CITY, NEW YORK, UNITED STATES, June 10, 2021 /EINPresswire.com/ — A Friday night at the NYCindieFF where the best documentaries are waiting to give you a great time. Friday is always doc time at the NYC Independent Film festival. NYCindieFF director Dennis Cieri has always been a big fan of documentaries. Movies are great for letting you drift off into sweet thoughts, documentaries are great for helping you understand the world you find yourself in. Sometimes we need that break from the harsh city life out there and it’s nice to enjoy some time at the cinema.

A very New York get-together can be seen this Friday afternoon at 3 PM. Four documentaries set entirely in the center of New York. Four very different stories that give a good picture of life in the big city. MOUSTAFA & MARAM is the story of an Egyptian immigrant in New York and his modern daughter. Both have adapted to life in America and are perfect Americans. Father with his food stall on one of the city’s major avenues, daughter at school. And yet they are different from the rest: they are Muslim. And that is no longer self-evident in this city after 9/11.

NOT/INSPIRATIONAL shows how disabled and handicapped people can train in para-climbing in the heart of New York. The film follows a group of climbers who train for a major championship in San Diego. The film BOB OF THE PARK follows a controversial bird guide in Central Park, a man who uses questionable methods, to say the least, to serve his guests. And RAO’S A LOVE STORY is about one of Manhattan’s oldest Italian restaurants, where the guests are as famous as the food.

IN TRANSIT is about the unification of Europe, perhaps a remote issue for many Americans, but very interesting for those who want to delve into the problems of this globalizing world. If one day your country decides to join a federation with other countries and the borders disappear, does that make you a European overnight? Which country or group are you attracted to? And does it matter whether you are a young international student or older and richer? Most globalizing citizens manage in their world, but they sometimes feel a little alienated.

THE HEARTLAND is about growing up in the Midwest as black youth. The filmmaker follows three young people from Milwaukee with very different life paths. And yet the similarities outweigh the differences. From an early age they were confronted with the harsh reality of a segregated world. And yet they would never leave their city they love.

PROTEST is a semi-animated film about the ‘Queer Liberation March for Black Lives and Against Police Brutality’ held in New York in the summer of 2020. Instead of the Pride Parade that was canceled due to covid. Filmmaker Gearoid Dolan is responsible for a series of documentaries about protests in the city. This series focuses on the pageantry of protests through their graphic signage and repetitive chants in a high-contrast black-and-white assemblage that seeks to broadcast and amplify the voices of the people.

Finally, the short film THE SKIN I’M IN is about the complex relationship between identity and physical appearance. The art film tries to initiate a conversation about identity on the one hand and acceptance and self-perception on the other.

And finally, a musical block to round out Friday night at the NYC Independent Film Festival, before getting back into the city’s nightlife. At 8.30 PM two films about two completely different musical greats.

THE BEATLES AND US is about how the city of Liverpool has been influenced by the illustrious musical quartet it spawned. John Lennon, Paul McCartney, George Harrison and Ringo Star each came from very different neighborhoods and have changed the character of the city more than any renovation project. Millions of tourists visit the city, arriving at John Lennon Airport, touring the famous Cavern Club where The Beatles had their first performances, or stroll through the streets of the small neighborhoods of their heroes. A film with a lot of nostalgia and music.

A lot of music also in WITNESS UNDERGROUND about four musicians who make solid punk rock, but in the meantime are tied to the Jehovah’s Witness culture from which they originate. The artists try to strike a balance between seeking truth and artistic self expression. They push the boundaries until they hit the bars of the cage they’re in. As their bond grows they challenge cultural norms, learn science, and seek mental health. A very interesting film about how music can break down the craziest boundaries, but sometimes not quite…