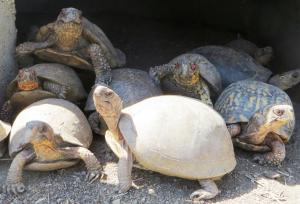 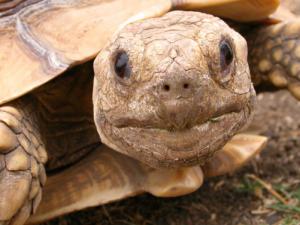 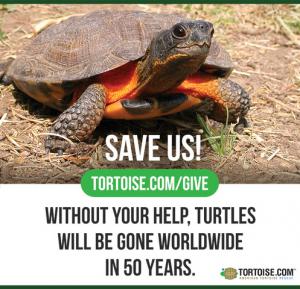 Turtle Sales Can Lead to Suffering and Death for Animals

Turtles and tortoises are wild animals that pose special problems and are more likely to become ill or even die after being purchased as a house pet.”
— Susan Tellem

MALIBU, CA, UNITED STATES, March 22, 2021 /EINPresswire.com/ — American Tortoise Rescue (ATR) is asking parents not to buy turtles or tortoises for Easter gifts, especially for small children. While baby chicks and bunnies are typical purchases given as gifts (also a bad idea), small turtles often end up in the Easter basket as well.

Turtles suffer injuries and stress during capture from the wild, usually with barbaric hooks or traps. During transportation from forest to pet store, turtles are piled on top of each other in cramped, cold burlap bags or boxes. Far from a safe outdoor home, they are offered for sale at pet stores, mercados, street corners and reptile shows. Once purchased, many live the rest of their lives in tanks, a miserable existence for such a wild creature.

Habitat destruction, live markets where turtles are sold for food and international trade and smuggling in exotics led to the stunning decline in these gentle creatures. They are threatened or endangered worldwide.

According to ATR founders Susan Tellem and Marshall Thompson, “Turtles and tortoises are wild animals that pose special problems and are more likely to become ill or even die after being purchased as a house pet.” Tellem points out that reptiles carry salmonella that is potentially fatal to kids. “We do not recommend any reptiles for children under 12. Kids put their hands in their mouths, and that can transmit disease after they have touched a turtle,” says Tellem. Also, toddlers put everything in their mouths which makes turtles even more dangerous for little ones.

Tellem and Thompson founded their sanctuary 31 years ago in order to provide a safe haven for these creatures that find themselves exposed to the whims of the pet trade. The couple saved and rehomed more than 4000 turtles and tortoises since then. Located in Malibu, CA, but with a international reach, ATR offers permanent sanctuary to injured, abandoned and lost tortoises, as well as housing for those confiscated by law enforcement. Foundlings that are ill or were abused, and are not appropriate for adoption, remain in ATR’s care for the remainder of their lives.

“These creatures have existed for 200 million years,” says Tellem. “But in the past 50 years, the vast worldwide pet trade, smuggling and habitat destruction have contributed greatly to killing or endangering many species of turtles.” Tellem and Thompson ask that parents think about the suffering that is inflicted on turtles offered for sale during the Easter season, as well as all year long. By choosing a more suitable toy or a stuffed animal, you can save a very special creature.

“Our website ( www.tortoise.com ) and our social media sites are full of information about rescuing turtles and tortoises and how to care for them,” says Tellem. “They need loving homes, preferably without dogs and children under 12.”
For questions, information sheets or to make a donations email American Tortoise Rescue at info@tortoise.com . Visit ATR on Facebook and follow on Twitter and Instagram @tortoiserescue. Watch videos on YouTube at AmericanTortRescue.