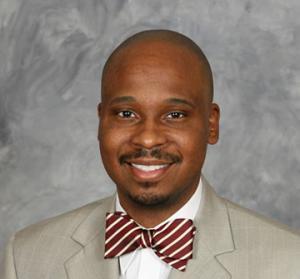 One of the ways to reduce bias, both implicit and explicit, is education. It’s hard to hold a negative perception of a group if you learn about them in a deep way.”
— Dr. Bryant T. Marks

ATLANTA, GA – Bryant T. Marks, Ph.D., one of the nation’s leading implicit bias trainers, was interviewed last week on the TMZ Live and Fox Soul TV calling on Americans to recognize and address their unconscious biases towards each other.

Speaking hours before the killing of six Asian women in Atlanta last Tuesday, Dr. Marks underscored the role that implicit bias plays in our society during an interview with TMZ Live hosts Harvey Levin and Charles Latibeaudiere. “One of the ways to reduce bias, both implicit and explicit, is education,” Dr. Marks said. “It’s hard to hold a negative perception of a group if you learn about them in a deep way, you learn about the contributions that they’ve made or the challenges they faced and overcome. It becomes a bit more personal.”

Implicit bias training, he continued, encourages authentic conversations about the history and factors shaping negative stereotypes and perceptions. “Some of these conversations are difficult. They’re uncomfortable, they’re awkward,” Dr. Marks said, reflecting on his training sessions. “We tell people that, but growth in these areas – race, racism, bias, prejudice – is going to happen at the edge of your comfort level, not within your comfort zone.”

On Thursday, two days after the Atlanta shootings, Dr. Marks explained to host Dr. Sean McMillan on Fox Soul the impact of implicit biases. “It can affect how you think, your judgment, your decision-making, how you feel, prejudice, liking or disliking someone… simply based upon a group intuition,” Dr. Marks said. He cited this example: studies show that if the names of job applicants signal they may be Black or Hispanic, they are less likely to be called in for an interview.

Dr. Marks, founder and chief equity officer of the National Training Institute on Race and Equity (NTIRE), provides anti-bias training for institutions and organizations, including police officers, educators, healthcare providers, corporations and public officials. This month, Dr. Marks hosted an hourlong, commercial-free special, that aired on E.W. Scripps Company TV stations across the country. The show, “Hidden Bias of Good People,” was an extraordinary effort to raise awareness of the unconscious impulses of people unaware of the role their inherent biases play in their actions and decisions. It includes several, but not all of the modules, of NTIRE’s anti-bias training session. E.W. Scripps determined the presentation to be so important to our society, that they broadcast it commercial-free in 41 markets with up to 80 million viewers.

To further emphasize the need to address unconscious bias, NTIRE has launched an interactive social media campaign #ImplicitBias #SeeME on TikTok, Twitter, Instagram and Facebook. In the first four days, there were 170,000 #SeeME posts on Instagram.

The campaign #Implicit Bias #SeeME is making people more aware of their biases in hopes of changing them. Celebrities, such as Real housewives of Atlanta star Marlo Hampton, award winning-actor Clifton Powell and business and technology leader Dr. Randal Pinkett have joined the campaign. NTIRE is compelling people of all races to acknowledge #ImplicitBias and combat it by posting on social media their pictures and “#SeeME” as the campaign emphasizes seeing people for who they really are.

In our #SeeME campaign, “we want folks to look past race and gender and look at the person, look at (another) human, as an individual,” Dr. Marks told TMZ.

About NTIRE
The National Training Institute on Race and Equity (NTIRE) is a social-educational entity. NTIRE assists individuals and organizations with understanding, identifying and managing the content, skills, and behavior needed to create diverse social and professional communities that are inclusive and equitable. Built on a unique combination of social science, the tenets of Martin Luther King Jr.’s version of the Beloved Community, and engaging and interactive training, NTIRE uses non-judgmental, yet evidence-based approaches to shed light on difficult and sensitive topics to enhance interpersonal and intergroup relations. A portion of all revenue is donated to a scholarship fund at Morehouse College to assist young males with immense potential with reaching their academic and career goals.