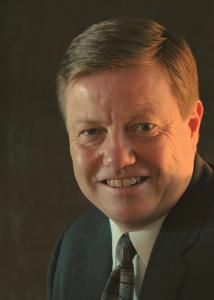 The Entrex Carbon Market announced today an addition to the existing Representative Program to now include a “Buy-Out” for representative’s territories.

“The tremendous response we’ve had for the Carbon Market’s Independent representative program has led us to create a wealth creation plan for the team that helps build our success” said Stephen H. Watkins, CEO of Entrex Carbon Market, a majority owned subsidiary of Entrex (OTC: UNSS). “These representatives deserve some compensation for the long term benefits they will be providing to the Market. We believe our program now extends the current short term commission income structure and adds a long term wealth creation opportunity for their commitment.”

“Representatives typically see their efforts compensated through short term income – but the “Buy Out” structure now creates a compelling reason for representatives to focus on building both the supply side of offsets and the demand side within their territories” said Thomas Harblin of the Entrex Carbon Market.

“Our Roper Island carbon offset futures have generated substantial interest from a number of global carbon offset buyers – these futures offer discounts to customers who commit to purchasing these offsets once properly minted and validated by the United Nations/World Bank registries. This success appears to assure producers of carbon offsets that their futures will be in demand once offered to buyers. Based on the demand we’ve seen, we believe we’re in the early stages of an exciting and scalable market,” said Watkins.

These forward looking statements are made based on expectations and beliefs concerning future events affecting the Company and are subject to uncertainties, risks and factors relating to its operations and business environments, all of which are difficult to predict and many of which are beyond its control, that could cause its actual results to differ materially from those matters expressed or implied by these forward looking statements. These risks include the Joint Venture’s ability to successfully pursue its business plan, the possibility that the Company’s equity interest in the Joint Venture may be diluted as a result of capital raises by the Joint Venture, the possibility that Entrex may have the right to repurchase the previously contributed assets for nominal consideration, the Company’s ability to develop and commercialize new technologies, the Company’s history of losses and expectation of further losses, its ability to expand its operations into blockchain technologies, its ability to develop or acquire new brands, the success of its marketing activities, the effect of competition in its industry and economic and political conditions generally, including the current economic environment and markets. More information about these and other factors are described in the reports the Company files with the Securities and Exchange Commission, including but not limited to the discussions contained under the caption “Risk Factors.” When considering these forward-looking statements, you should keep in mind the cautionary statements in this press release and the reports the Company files with the Securities and Exchange Commission. New risks and uncertainties arise from time to time, and the Company cannot predict those events or how they may affect it. The Company assumes no obligation to update any forward-looking statements after the date of this press release as a result of new information, future events or developments, except as required by the federal securities laws.