“Evolution of the U.S Army Uniform” Goes Viral – For the Birthday of the United States Army, June 14th

“Evolution of the U.S Army Uniform” Goes Viral – For the Birthday of the United States Army, June 14th 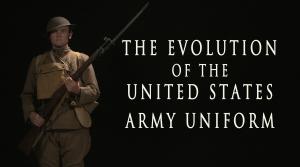 Viral Video Celebrates the History of the U.S. Army 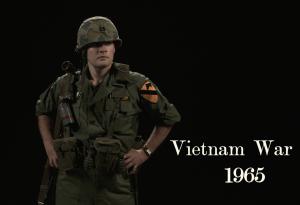 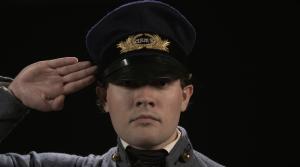 Uniform of a West Point Cadet circa 1860

A stunning, historically accurate video that captures the
complete story of the U.S. Army – uniform by uniform

This video is a combined effort in our quest and passion to create historical content with an almost obsessive level of historical accuracy and attention to detail.”
— Kevin R Hershberger

RICHMOND, VIRGINIA, USA, June 10, 2021 /EINPresswire.com/ — The Evolution of the United States Army Uniform, released by LionHeart FilmWorks and Historical Wardrobe has gone viral on YouTube.com with millions of views. The video tells the story of the army uniform all the way back to the 17th century when the first organized New England militias were formed that would later become the United States Army.

An ideal presentation for June 14th – the 246th Birthday of the United States Army.

This film was created by LionHeart FilmWorks and its sister company Historical Wardrobe. According to Kevin R. Hershberger, founder and President of both companies, it was an ambitious project that no-one has ever attempted before in this manner.

“This video is a combined effort by both teams in our quest and passion to create historical content with an almost obsessive level of historical accuracy and attention to detail,” says Hershberger. “We covered 400 years of history, so I think that’s something to be proud of!”

It gives the viewer a fascinating glimpse of 23 distinct styles of dress – the uniforms, weapons, and accoutrements – that were worn by the U.S. Army Soldier as far back as the 1620s. The video is actually the first in a series that LionHeart FilmWorks and Historical Wardrobe conceived on the topic of historical U.S. military uniforms.

Hershberger knows that the video is particularly relevant this month because of the annual June 14th Birthday of the United States Army. Founded in 1775, this year marks 246 years of the U.S. Army serving and defending the United States with courage, patriotism and deep call to serve.
About Kevin R. Hershberger

Emmy-nominated director, screenwriter and producer, Kevin R. Hershberger’s productions have been awarded more than 70 national and international film festival and industry awards. Hershberger is himself an army veteran, having served as a Military Intelligence Officer in the United States Army. He is the founder and President of LionHeart FilmWorks and its subsidiaries: Historical Wardrobe and Reenactment Stock footage.com.

The Evolution of the United States Army Uniform is available now for viewing on YouTube.