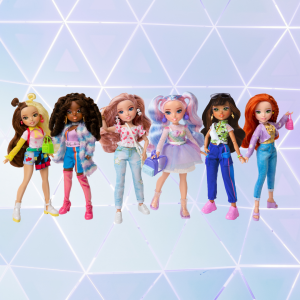 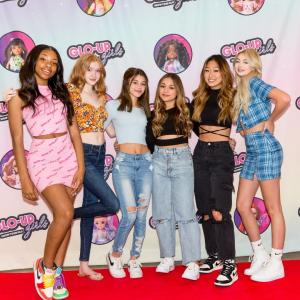 The GLO-Up Girls fashion doll line builds on the massive cultural phenomenon of #GlowUp – a hashtag with more than 24 billion video views on TikTok. The dolls feature elevated styling and offer the full “GLO-Up” experience including spa, nails, hair, makeup and fashion choices. Each doll comes in stylish pajamas and more than 25 surprises to give your doll a total GLO-Up. In addition, each doll comes with a real beauty mask for the girl! Six different characters will be introduced in Series 1, with a retail price of approximately $19.99 USD each. The dolls will be available in the US as well as the UK, Ireland, Australia and all of Scandinavia.

A new YouTube series, The GLO Show, will lead the brand’s entertainment strategy in 2021. Produced by Far Out Studios in collaboration with production house Concrete and ConnectHER Media’s ZStar Digital influencer group, the seven-episode series follows adventures of six real-life teenage social media stars living in the “GLO House” – a mansion where the cast will post daily content on TikTok, Instagram and YouTube, and encourage their audiences to #ShowYourGLO. In each episode, the stars will be given GLO-up challenges, and take fashion inspiration from GLO-Up Girls dolls. The GLO Show premieres on the Glo-Up Girls YouTube channel in July 2021.

“We’re excited to bring the GLO-Up Girls to life in a way that’s so relevant to tween girls, by partnering with social media role models and focusing on YouTube as our core entertainment strategy,” said Sarah Baskin, VP of Marketing Communications at Far Out Toys. “With GLO-Up Girls, real girls will see that with a little #GLO-tivation you can take on the world!”

The GLO Show cast was revealed last week on the @gloupgirlstv Instagram, after a nationwide selection process. The cast includes social media celebrities Dai Time, Sicily Rose, Paige Taylor, Rachel Brockman, Madi Filipowicz and Makenna Kelly (aka “Life with Mak”). The show will be filmed on location in partnership with Vaquero Resort, and cameras will follow the cast throughout Fall promotional events including a Hollywood launch party and a New York City media tour with a press party at the luxurious Rowan boutique.

About Far Out Toys
Far Out Toys Inc. is a rapidly growing force in the global toy marketplace, with a mission to innovate to the outer reaches. Far Out Toys leverages its expertise and extensive relationships with inventors, global distributors, IP holders and mass retailers to launch brands across categories – including vehicles, games, licensed collectibles, electronic toys and fashion dolls. For more information, visit www.farouttoysinc.com.