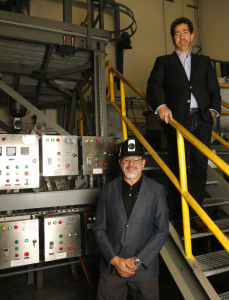 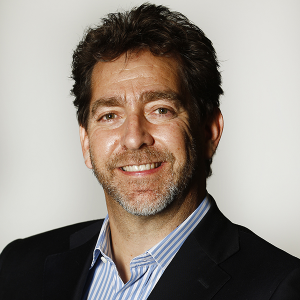 Eduardo González Félix is the new CFO of Urbix, Inc.

We are thrilled to welcome Eduardo to Urbix …. His vast financial experience in the industry is a perfect fit for Urbix as the business continues momentous growth.”
— Urbix Chairman & CEO, Nico Cuevas

“We are thrilled to welcome Eduardo to Urbix where he will make an immediate impact on our business operations,” says Nico Cuevas, CEO and Chairman of Urbix. “His vast financial experience in the industry is a perfect fit for Urbix as the business continues momentous growth.”

González Félix brings over 20 years of experience to Urbix, joining the company most recently from Batuta Capital Advisors (NYC) and Wolf Capital Group (Mexico City), both of which he founded and continues to play key roles in, including overseeing financial planning and analysis, investor relations and capital raising.

Previously González Félix was Chairman of Algenol Biotech, a biotechnology company involved in the development of disruptive third generation technology for the production of advanced biofuels. Significantly, González Félix was CFO of Grupo Mexico, a mining consortium with major operations in the US, Mexico and Peru as well as Director and CFO of Southern Copper Corporation, a company with a mining focus listed on the NYSE [SCCO].

“With this background,” says Cuevas, “we knew instantly that Eduardo was going to be a fit for Urbix. He knows this space as well as anyone in the business. We cemented our relationship very quickly.”

Urbix, Inc.’s Director of Operations, Luis Olaguibel, agrees. “Eduardo’s operational understanding, especially in large mining and metallurgical processing corporations, has been a boon for Urbix. He is generous with his knowledge and we are grateful for his input. To me, this feels like a very good fit.”

“It’s an exciting time to join Urbix,” says newly appointed CFO, González Félix. “As both a highly regarded toll processor and developer of battery technologies, Urbix is seeing tremendous growth. I look forward to helping the company deliver an incredible experience to customers and other key stakeholders. I’m so pleased to join this capable team and help take Urbix to the next level.”

About Urbix:
Urbix, Inc. is creating radical change in the way natural graphite is refined and commercialized. The company specializes in all aspects of the graphite value chain. Urbix’s advanced technology includes cost and environmentally aware purification methods and significant intellectual property developments in a wide range of applications.