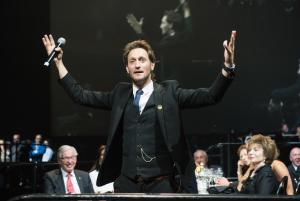 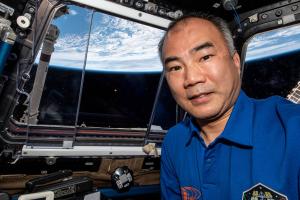 Since I was very young, I imagined myself successfully executing a special exercise, from earth to space, and it was one of the most profound things I have ever done”
— Lior Suchard, Master Mentalist

This event made history for several reasons, one of which was the participation of master mentalist, Lior Suchard who performed the first ever experiment of its kind within the Milky Way galaxy, between Earth and Space.

How did this happen? On the afternoon of March 14th, Genius 100 Foundation was connected to a live feed at the International Space Station for a private G100 Visionary induction ceremony and conversation with Dr. Noguchi. There were many special guests, including fellow G100 Visionaries and global dignitaries, who attended to extend congratulations. Then, as a special honor for Dr. Noguchi, he participated in the first ever successful intragalactic, Earth to Space, mind experiment with Lior Suchard. Suchard was patched in from Israel, with Noguchi, in orbit on the International Space Station.

“Einstein once said, “Imagination is more important than knowledge. For knowledge is limited, whereas imagination embraces the entire world, stimulating progress, giving birth to evolution,” stated Lior Suchard. “Since I was very young, I imagined myself successfully executing a special exercise, from earth to space, and it was one of the most profound things I have ever done. It really pushed me beyond any boundaries… even literally. And to have the opportunity to do this with Genius 100 and join in the inauguration of G100 Visionary Dr. Soichi Noguchi was incredibly humbling and a tremendous honor.”

Noguchi and Suchard initially met in 2017, at a Genius 100 Foundation event in Montreal. It was there that Noguchi saw Suchard perform and was amazed by his remarkable talent. A bond of mutual respect and admiration formed.

When he learned G100 was planning to honor Dr. Noguchi and induct him into the G100 Visionary community, Suchard joined the event committee and began to develop the idea for this intergalactic experiment.

“This was a truly phenomenal event to mark what is already a very special annual occasion for Genius 100 Foundation, as the organizations founding was inspired by Einstein,” states Hilarie Viener, CEO, Genius 100 Foundation US. “So many facets of this event showcased our community’s ability to make the impossible possible, we are filled with gratitude and more inspired than ever to share our strength and resources to support impactful global humanitarian and environmental initiatives.”

In addition to Suchard’s tremendous accomplishment, the event featured the first ever performance of “Planet 9″, an opus G100 Visionary Maestro Marturet, of the Miami Symphony Orchestra. Marturet, in honor of Noguchi, composed the piece exclusively to be performed in Space. The opus included a special performance by G100 Visionary, electric guitarist Konstantin Batygin. Batygin is a world-renowned astronomer whom, amongst his many accomplishments, co-discovered the Planet 9.

About the Genius 100 Foundation
Genius 100, referred to as G100, was born out of the centennial celebration of Einstein’s Theory of Relativity (2016). To honor this landmark occasion, 100 of the world’s greatest minds were researched, selected, and nominated to contribute their vision of the future to the publishing of the first 3D book” Genius: 100 Visions of the Future.”

Founded in Toronto in 2017, with a global footprint, Genius 100 Foundation US (G100) is a 501c3 non-profit with an active and engaged community of exceptionally imaginative and impactful human beings.

The Genius 100 Visionaries (G100V) are comprised of an extraordinary group of 100 globally recognized, accomplished, compassionate minds.

The Genius 100 Foundation brings together Visionaries, philanthropic impact investors and its extended global community, collectively and in collaboration, to re-imagine the future – implement creative initiatives to improve our world – raise the bar on what is achievable and make the impossible – possible.

Genius 100 Foundation Mission
We leverage the knowledge and resources of the G100 community to support impactful humanitarian and environmental initiatives through collaboration and funding structure.

Genius 100 Foundation is a registered Charity in Canada and 501c3 US.