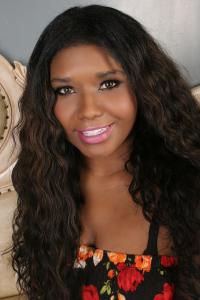 LOS ANGELES, CALIFORNIA, UNITED STATES, April 28, 2021 /EINPresswire.com/ — Hott Kitty Kat has known she was destined for the limelight ever since she was a teenager. Since then, she has consistently been working towards her goal and has now caught everyone’s eye, leading to her raking up millions of streams on her songs. Though an excellent musician, her talents do not stop there.

Hott Kitty Kat is best described as a triple threat. She has garnered appreciation for her appearances in major movies and TV shows. Apart from that, she has also been acknowledged as a stunning model and celebrity host. Over her years in the industry, she has racked up several accomplishments that are of note.

She started out by acting in popular series like ‘7th Heaven’ and ‘Boston Public’. A few famous appearances that followed include ‘The Rikki Lake Show’, a Nike commercial, and an AT&T commercial titled ‘Don’t Drink and Drive’ with Victoria Justice. Her name is also among the stellar cast of the hit series ‘Miracle Workers’.

She has worked as a model for top brands like Belkin Docks. She’s also no stranger to big-time magazines like entrepreneur magazines like ‘Medium’ and more. A successful entrepreneur herself, she has her own music company called ‘Elite Music Promotions’.

As a musician, she has already made her mark in the industry with many songs featuring mainstream artists. She has recently been working with former Love & Hip Hop star Benzino for some new projects. She also dropped a fire tune with Omar Gooding called ‘Hey Kitty Kitty’.

Her latest video release on Worldstar has raked in over 373,000 views, and her female rendition of Tory Lanez’s ‘Ain’t Been Broke In A Minute’ is currently breaking the internet. Needless to say, Hott Kitty Kat is an all-around artist that has proved her worth and is destined to be remembered.

Check out Hott Kitty Kat’s official Instagram to know more about her. Visit her website to listen to her music. Keep up with the artist’s latest releases by following her on major social media platforms. To contact her for reviews, interviews, and collaborations, use the information given below.

Hott Kitty Kat is the stage name for talented LA musician/model/actress Tiffany Stiger. With years of experience in the music industry since she was a teenager, she has established herself as one of the most influential, talented, and hottest hip-hop artists out there. She continues to set the tone for hip-hop through consistent engagement with her fans. First signed with Def Jam’s A&R, Oscar Sanchez, she now has her own music company. Her goal is to continue in the pursuit of her dreams and inspire millennials to do the same.