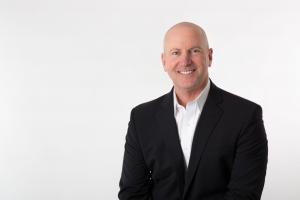 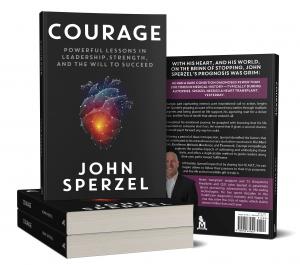 BOSTON, MA, USA, March 23, 2021 /EINPresswire.com/ — Three years ago, John Sperzel’s heart, and his world, were on the brink of stopping. While vacationing in Aruba, he was found unconscious and unresponsive in the wee hours of the night. He was medflighted to Miami, where he spent a week in the cardiac ICU, before he was transferred to Massachusetts General Hospital.

Sperzel’s prognosis was grim: He had a very rare and progressively fatal condition that had been diagnosed fewer than 300 times in medical history — most during autopsies. He was officially in the fight of his life and needed a heart transplant to survive.

Courage: Powerful Lessons in Leadership, Strength, and the Will to Succeed is Sperzel’s gripping account of his extraordinary battle to survive, his agonizing wait for a donor heart and the “kiss of death” that almost ended it all.

Throughout his emotional journey, he grappled with knowing that his life depended on someone else’s loss. He promised that if given a second chance, he would pay it forward any way he could.

Courage — part captivating memoir, part inspirational call to action — gives readers a rare glimpse inside the mind of someone who has survived the seemingly unsurvivable. But that’s only part of the story.

Following a period of deep introspection, Sperzel identified the factors that contributed to his miraculous survival and recovery (and other successes in life): Hard Work, Excellence, Attitude, Resilience, and Teamwork. Courage compellingly explores the positive impacts of cultivating and embodying these traits and offers a duplicatable method to guide readers along their own paths toward fulfillment.

Sperzel’s career evolved into his calling, and he hopes that by sharing his H.E.A.R.T., he can inspire others to follow their passions to their true purposes, and live life as the incredible gift it truly is.

Courage author John Sperzel is President, Chief Executive Officer, and member of the Board of Directors at T2 Biosystems. As a healthcare executive, he has built and led high-performance teams at all levels around the world and acquired companies in the United States, Europe, Asia, and Latin America. Following his heart transplant in 2017, Sperzel returned to his role as a public company CEO and continues to pursue his lifelong passion to advance life-saving technologies. As a speaker, he shares his amazing story of courage in the face of adversity, along with powerful lessons in leadership, strength, and the will to succeed. He plans to donate all proceeds from his book sales to Sepsis Alliance (www.sepsis.org) and Donate Life America (donatelife.net).

Reviews, photos, links to previous interviews and Q&As are available upon request.