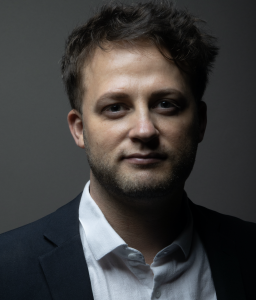 The independent film producer takes his audience on a journey to experience a different South America.

Moving through Colombia to make this documentary was an exciting experience for me. It’s really a beautiful country with astonishing landscapes, magical historical sites, and fun people.”
— Brent Duffey

The documentary takes the audience on a journey around Cartagena and surrounding areas. With eight different ethnic groups in the country and a culture dating back to 12,000 BC, there is so much amazing things the world will learn from them.

When released, the documentary will be made available on different platforms for viewing. Duffey wants to showcase the food, culture, and heritage of 50 million people that mainstream media have ignored. The documentary is currently in post-production.

“Moving through Colombia to make this documentary was an exciting experience for me. It’s really a beautiful country with astonishing landscapes, magical historical sites, and fun people. I believe people are going to enjoy watching the documentary as much as I enjoyed making it. There is so much to know and learn about Columbia,” said Duffey.

Brent Duffey has been in the business of film production for over a decade. He has played the role of actor, producer, writer, and director, on several productions. Despite working on more than ten projects as an actor, Brent’s love for making documentaries continues to drive him to explore the world and bring stories to life.

Whatever role he’s playing; actor, writer, producer, or director, Brent Duffey strives to bring out the best in his work. He’s a creative person that sees the world from a unique and different angles. That’s why he decided to go to Colombia and document the beauty, culture and food to let the world know about the other side of the country.

Brent Duffey is always prepared for challenges, and he takes bold steps to create something new. Making ‘Mucho Gusto Colombia’ is an attempt to show his creative skills and ability to illustrate the brighter side of Colombia. The documentary is somewhat of an informative piece that is sure to boost the tourism potentials of Cartagena, Columbia.

Before Mucho Gusto Colombia, Brent made Jim’s Gibberish, a dark comedy short film, which is currently in the film festival circuit. Undoubtedly, Duffey is making a name for himself as an independent film producer.