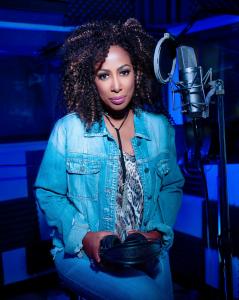 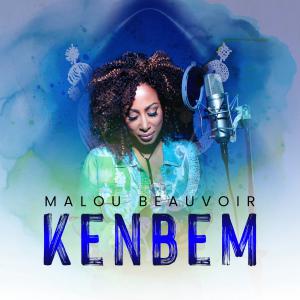 Malou Beauvoir – Kenbem (Hold Me Up)

What, she asks, if we set aside our differences and concentrate on the many things we have in common? Haiti – and the whole world – might heal.

Haitian-American singer-songwriter Malou Beauvoir seeks spiritual healing in a divided world with her Creole lyric version of the beloved hit “You Raise Me Up”. Released March 31, 2021, “Kenbem” (Panthera Music International) reimagines the soul-stirring Secret Garden / Josh Groban and Westlifeclassics to unite believers in Vaudou and Christianity.

Like all of us throughout this pandemic year, Malou Beauvoir has found herself craving human connection during a time of unprecedented isolation. The radio has provided a degree of solace, community and inspiration, prompting her to share songs that have moved her in way that she hopes will stir similar emotions in her listeners.

Late last year, Beauvoir and producers Chico Boyer and Cheff Loncher, (Kamoken) released an uplifting rendition of Steve Winwood’s classic “Higher Love,” delivering a message of hope and empowerment at a time of crisis in America and around the world. On March 31, 2021 she returns with “Kenbem,” a soaring new version of the beloved hit song “You Raise Me Up” rewritten with her Creole lyrics. Both songs continue the mission of her 2018 album Spiritwalker, on which she celebrated the Vodou spirits that embody and enrich the culture of Haiti and conveyed their message of peace and awakening to the world at large.

“I’d heard ‘You Raise Me Up’ before, of course,” Beauvoir explains. “I always thought it was a beautiful song, but when I heard it during the pandemic I really heard the deep spirituality in it. Many Haitian immigrants are health workers, and they were going through a really hard time, praying to the spirits and to God to get through this thing. Plus, in Haiti, the fear of one more disaster looming over us was pretty difficult to deal with. At that point, I sat down and the Creole lyrics just came out.”

“Kenbem (Hold Me Up),” Malou Beauvoir’s latest single and video, offers a healing balm for these troubled times. Tackling an adaptation of the #1 it “You Raise me up” was daring although Beauvoir is a gorgeous singer and an appealing cultural ambassador. This version shows once more that she and her production team Chico Boyer and Cheff Loncher, have a real knack for integrating traditional Haitian sounds and rhythms into Pop songs, as demonstrated in her 2020 version of the Steve Winwood classic “Higher Love”, in addition to the more traditional fusion world compositions of her 2018 SPIRITWALKER album.

“Kenbem” is Beauvoir’s adaptation of “You Raise Me Up” by Brendan Graham and Rolf Lovland of Norwegian-Irish pop group Secret Garden, a song that has profoundly spiritual overtones. West Life and Josh Groban took the song to the top of the charts in 2003, but over 1500 other versions of “You Raise Me Up” have been recorded, in many different styles, since its composition

Lyricist Brendan Graham says, “A song like ‘You Raise Me Up’ thankfully garners many recordings and translations into various languages. Now and again a version comes along that makes me sit up and pay attention. Such a version is Malou Beauvoir’s recording and translation into her native Haitian Creole… Not alone is it her sensual and soulful vocal expression of the song but she has also done something quite unique. Her translation takes the ambiguous ‘you’ of the song and imbues it with meaning from her own heritage and Vaudou culture, in a way that mirrors my own understanding of the ‘you’ and its relation to a pre-Christian, Celtic culture.”

Beyond the specifics of Vaudou, Christianity and Celtic cultures, Beauvoir’s “Kenbem” – like “You Raise Me Up” before it – finds something universal and extremely timely in these spiritual reflections. “The ‘you’ of the song becomes an universal, cross-cultural, connecting force,” continues Graham.”

“Kenbem”‘s video makes her project of unification palpable – it begins with a young girl (the lovely 5 year old Chrisette Johnson) going to church with her Mom (Laissa Boyer) to see a priest (Chico Boyer). They encounter the historic beauty of St Bartholemew’s church in NY where the video was shot. We then experience the Vodou counterpart of the scene as we are transported to a Vaudou altar with scenes of ancestors long gone. Mother and child are both tending to the altar and asking for the love of their spirits under the benevolent gaze of the houngan (Vaudou priest) and Erzuli the Spirit of Love.

It’s here where Malou Beauvoir’s performance dramatizes her own spiritual evolution and reflects upon the relationship between her spirits (ZANJ YO) and the angels (ANGES) using soaring background vocals and percussive rhythms as a backdrop. “It’s time” says Beauvoir, “At a point in time where we are constantly being divided and pitted one against the other, because of religion, color, gender, cultural origins…It is time to accept these differences and learn from each other.” What, she asks, if we set aside our differences and concentrate on the many things we have in common? Haiti – and the whole world – might heal.