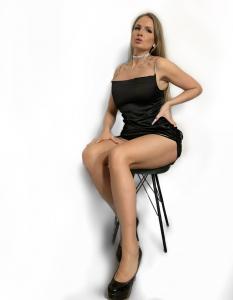 Reykjavik is not only shaking from earthquakes and volcanic eruptions today, New Artist Saga B released a music video last week that has drawn Major Attention!

REYKJAVIK, ICELAND, May 3, 2021 /EINPresswire.com/ — Saga B has been making headline after headline in the past weeks in Iceland, recently she released a music video that has drawn Major Attention nation wide, but the music video to her latest Single Bottle Service is a one of its kind to the nation.

The visuals take place in a Champagne Club in Reykjavík, Strip clubs are banned in the country and anything involving explicit content or nudity is considered highly disrespectful and taboo to the nation of 350K

When you live in a country populated with only 350K, it can be challenging to do something out of the box or something that someone has not done before, the fear of rejection or being judged usually takes over but when i decided to do this project, as a Icelandic female in this type of Genre, I had no doubt of controversy subjects, but with my strong vision i was able to see my project from beginning till the end from a higher perspective. I am grateful that my nation seems to be rooting for me and I have received positive feedback , I hope that I aspire people to go after what they want to do without the fear of being judged or rejected.

Asked about her career so far she said she started her musical career last year during the midst of the pandemic, the past 9 months since she started she released 4 singles and an Ep with 4 songs , she added that she still has a lot to learn and she aims to develop her skills and be a better version of herself every day, that is a key ingredient to every success

Saga B
SagaBmusic
email us here
Visit us on social media:
Facebook