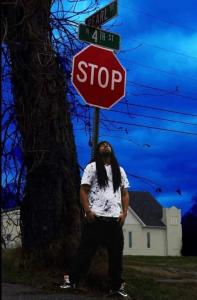 Sachey’s biggest hit till now is “Magic Wand,” a single from his self-published album of the same name. The album is produced by Sachey, imakefirebeats, Lambo, Motzart Jones, Krunk Citi, and Dj. Pain 1. This particular single contains the signature sound of trap music that pairs well with Sachey’s melodic riffs and narrative lyricism.

Sachey’s musical realism has earned him spots in over 407 music shows with greats like Young Buck and Project Pat, among others. His showmanship is nothing short of a lyrical experience.

He releases his new music under his own record label company, Monkey Chunk Muzik, started with his uncle, Cokeboy Chunk. Under his label, he has been able to release meaningful music and mixtapes like ‘Global Domination.’ Sachey hopes to continue moving forward towards his rising popularity and create hip-hop music that draws in global listeners.

Check out Sachey and his music, available for streaming and purchase. Listeners can also follow the artist on major music and social media platforms to stay up-to-date on the latest releases. To contact him for reviews, interviews, and collaborations, use the information given below.

Michael Alonzo Alderson, Jr., better known by his artist name Sachey is based in Columbia, Tennessee. Sachey is a hip-hop rapper and singer-songwriter. Sachey hopes to push the limits of excellence with inspiration from music greats like the King of Pop Michael Jackson, Master P, Prince, 2 Pac, and Pimp C. The artist’s unique take on music has allowed him to share stages with hip-hop heavyweights Young Buck and Project Pat. Apart from releasing his own music, Sachey is also focused on growing his record label, Monkey Chunk Muzik.