Is marijuana different now than 50 years ago? What parents and grandparents need to know about marijuana today.

Is marijuana different now than 50 years ago? What parents and grandparents need to know about marijuana today. 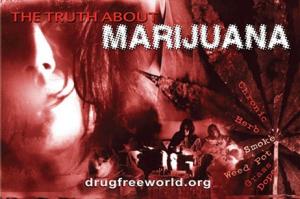 Free education booklet on marijuana available for download at drugfreeworld.org 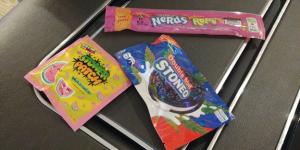 THC infused candies and cookies are marketed to youth and are a hazard to young children who can find them and unwittingly overdose. A huge increase in pediatric emergency room visits has occurred in areas that have THC treats. 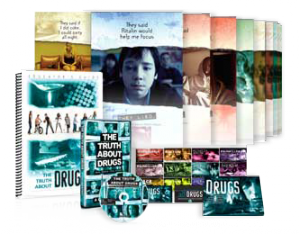 Available for free to educators, this kit includes booklets, videos, lesson plans, and posters for use in schools or after school programs.

It’s not the “pot” of the 1960’s. “The Truth About Marijuana” free booklet gives valuable information for teachers, youth, parents and grandparents.

There are many myths out there about marijuana and so much hype that people don’t realize, especially about the marijuana of today. People need to do research and find out the truth about marijuana.”
— Thalia Ghiglia, Foundation for a Drug-Free World DC Faith liaison

WASHINGTON, DISTRICT OF COLUMBIA, UNITED STATES, April 28, 2021 /EINPresswire.com/ — When hearing about recreational marijuana use and edibles like candies and cookies laced with THC (the active chemical in marijuana), what is not commonly reported is that today’s marijuana is 20 to 30 times stronger than that smoked at Woodstock in 1969. This can cause unintended consequences for both knowing and unwitting users.

The free booklet “The Truth About Marijuana” explains the effects of today’s marijuana, especially its main psychoactive ingredient, THC or tetrahydrocannabinol, and how it affects people using it in edibles and other forms.

The pot sold in the 1970s averaged 1% THC, while today’s marijuana averages 20-30% THC. Additionally, high-potency preparations of marijuana are especially dangerous as they can contain up to and over 95% THC. These have even been associated with blackouts, hallucinations, and psychosis. You could think of it as the difference in potency between 95% grain alcohol and 1% near beer.

This increased potency and the fact that they look like candies and treats can cause unintended overdoses in youth. A recent study showed that partially due to increased availability and strength of THC in marijuana and THC-laced desserts, there was a 27% annual increase in children going to hospital emergency rooms from 2009 to 2017. Prior to 2009 there was no increase in the emergency room visits for marijuana problems. This is a danger with the increased strength of THC that parents and even doctors are often unaware of.

“People need to educate themselves. There are many myths out there about marijuana and so much hype that people don’t realize, especially about the marijuana of today. People need to do research and find out the truth about marijuana for themselves,” said Thalia Ghiglia, Drug-Free World DC’s faith liaison. “Unfortunately, the pandemic has put a lot of pressure on people – and that has made them vulnerable to using drugs, and marijuana is right at the top of that list. Education is so important right now.”

A free booklet and a free online course are available from drugfreeworld.org to educate people on facts about marijuana and THC-laced treats. The booklet answers questions factually about the potential harmful effects so readers can make up their own minds about marijuana. According to the booklet, “Marijuana is one of the most abused drugs in the world. There is an ever-growing gap between the latest science about marijuana and the myths surrounding it. Some people think that since it is legal in some places, it must be safe. But your body doesn’t know a legal drug from an illegal drug. It only knows the effect the drug creates once you have taken it. The purpose of this publication is to clear up some of the misunderstandings about pot.”

With more states legalizing recreational use of marijuana, it is important for citizens to have the full story and to understand the significant increase in THC and psychoactive chemicals in today’s modified marijuana.

The Foundation for a Drug-Free World DC (DFW DC) has delivered training seminars based on the Truth About Drugs materials to youth groups as well as youth involved in the criminal justice system to educate them on the dangers and effects of marijuana and other drugs.

DFW DC has also trained groups of seniors who were not aware of the real dangers that can come from using marijuana, particularly by adolescents and youth. The drug can cause damage to youth, whose brains are still developing, that can set them back in comparison with their peers. The seniors were very thankful for the information and have been sharing this with their grandkids.

A full educator’s package containing practical tools to enlighten young people about substance abuse is available to teachers. You can get your free materials at www.drugfreeworld.org.

The Foundation for a Drug-Free World is a nonprofit public benefit corporation that empowers youth and adults with factual information about drugs so they can make informed decisions and live drug free.

Foundation for a Drug-Free World materials are in use by tens of thousands of schools and over 800 law enforcement agencies around the globe.