Journey into the Khumbu and Majestic Himalayan Mountains with Pemba Sherpa, Author of Bridging Worlds: A Sherpa’s Story

Journey into the Khumbu and Majestic Himalayan Mountains with Pemba Sherpa, Author of Bridging Worlds: A Sherpa’s Story 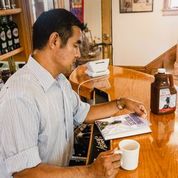 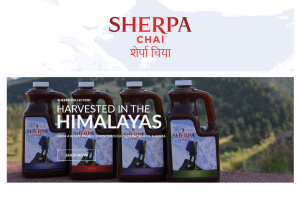 Nepalese-born author, entrepreneur, and adventurer – Pemba Sherpa – leads an expedition through his homeland that you can experience in Fall 2021.

I want people to take away a new perspective about Sherpas in Nepal and who we are as people. I want them to see the beauty of the Sherpa culture and how it’s rooted in the Himalayan mountain region.”
— Pemba Sherpa, founder of Sherpa Chai

LAFAYETTE, CO, UNITED STATES, March 22, 2021 /EINPresswire.com/ — Imagine the beauty of trekking through the majestic Himalayan Mountains with your guide as he points out the surrounding peaks and talks about his journey from growing up in a remote and impoverished village to becoming a successful restauranteur, businessman, and author now residing in Colorado. Now, stop imaging and join Pemba on this once-in-a-lifetime journey, October 23-November 17, 2021, as he, a native of the Khumbu region in Nepal, will lead an expedition into the Khumbu and through the rarely-visited, sacred, hidden Lumding Valley in the Himalayas.

Sherpa Chai Expedition
Participants will be immersed in the virgin terrain’s striking scenery in the heart of the world’s majestic Himalayan Mountains, enjoying views of Mt. Everest and its surrounding peaks. The journey will begin in Kathmandu and continue through Sengma, Tongu, the Lumding Valley, Chuserma, and Lukla. In addition to the incredible trekking, participants will also tour one of the most significant sites of Buddhist worship in the world, visit restored Hindu architecture, stroll shops filled with Nepali and Tibetan artifacts, eat traditional Nepali cuisine, and even spend time in the village where Pemba Sherpa was born and raised. Complete details are available on the website.

Since 1986, Pemba has guided visitors on treks throughout his homeland in the Himalayan Mountains. Few Westerners have ever ventured into this completely unspoiled valley. Always seeking opportunities to share the perspective of the Sherpa culture with Westerners, Pemba continues to infuse this mission into all areas of work and life.

Sherpa’s Book
Pemba shares his story, beliefs, and the heart of his message in his book, “Bridging Worlds: A Sherpa’s Story.” According to him, “I wanted to share my experiences of growing up in a remote and impoverished village, and the journey I’ve taken to arrive where I am today.”
Inspiring adventurers and entrepreneurs alike, Pemba Sherpa describes what it was like to grow up in the impoverished Khumbu region of Nepal, his adventures guiding treks in the Himalayas and peaks around the world, and becoming a successful restaurateur and businessman in Colorado. He shares the importance of staying true to his beliefs by not allowing the emerging influences of society to affect him. This is one of the greatest virtues from his story of resilience, passion, and adventure.

“I want people to take away a new perspective about Sherpas in Nepal and who we are as people. I want them to see the beauty of the Sherpa culture and how it’s rooted in the Himalayan mountain region,” says Sherpa.
###

About Sherpa Chai
Sherpa Chai is a U.S.-based specialty chai beverage company founded in Boulder, Colorado, in 2014 by Nepalese restaurateur, Pemba Sherpa. Based on an age-old family recipe passed down through generations, Sherpa Chai features a robust blend of organic Nepalese black tea, fresh ginger, and a handful of delicate spices packed with all-natural healing powers. The 100% organic, Sherpa Chai beverages include a variety of specialty flavors, including Traditional, Spicy, Unsweetened Traditional, Honey Vanilla, Decaf Traditional, Turmeric Ginger, and others.
For more information on Sherpa Chai, visit the company online at www.sherpachai.com or on Facebook, Instagram, Twitter, and LinkedIn.

About Pemba Sherpa
Born and raised in the picturesque hillside village of Sengma in the Khumbu (Everest) region of Nepal, Pemba Sherpa is an accomplished entrepreneur, author, climber, and restaurateur with a passion for the mountains, outdoor adventures, and the Sherpa culture. As a lifelong adventurer, Pemba never stops learning or redefining the impossible. His iconic passion for the great outdoors is always on full display at Sherpa’s Adventurers Restaurant & Bar, where he can often be found sharing his love and knowledge of the Himalayan Mountains.