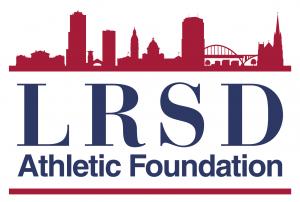 LITTLE ROCK, ARKANSAS, USA, April 27, 2021 /EINPresswire.com/ — The One Rock Legends Hall of Fame names four to the Class of 2020 Honorees. “The former coach and LRSD students have demonstrated excellence in athletics and as influential leaders and role models,” said Dr. Fitz Hill, Executive Director of the LRSD Athletic Foundation.

The induction ceremony will be held May 25, 2021 at 6:30 p.m. at the new Little Rock Southwest High School. Tickets may be purchased at the organization’s website, lrsdaf.com, beginning May 3rd and those interested in sponsorship opportunities should contact Dr. Fitz Hill at 501-658-1938 or fitzhill2013@gmail.com.

Crystal Boyd, a Parkview Patriot graduate who was chosen as the 2005 Arkansas Gatorade Player of the Year and was also selected to play in the McDonald’s All-American Game. Boyd was named Miss Basketball for a reason: she averaged nearly twenty points, four rebounds and three assists per game during her senior season. Parkview won state basketball titles in 2002, 2004 and 2005, and Boyd earned the tournament’s MVP award in all three seasons. Following an illustrious prep career, Boyd inked a national letter of intent with the Texas Longhorns and completed her basketball career at New Mexico State before playing abroad professionally.

Coach Sam Goodwin, a graduate of Henderson State University where he starred as an offensive lineman. Coach Sam Goodwin was born in Pineville, LA. He led the Parkview Patriots football program from 1970-78 where his winning percentages tallied nearly eighty percent. Following his prep school coaching career, Goodwin was hired to lead the Southern Arkansas Muleriders for two years before being hired as an assistant by Arkansas Razorback Head Football Coach, Lou Holtz. Following the 1982 season, Coach Goodwin departed the Razorbacks to become the Head Football Coach of the Northwestern State University in Natchitoches, LA where he led the program for sixteen years, leading the Demons to four conference championships and recorded a .500 winning percentage in the NCAA D-1-AA Play-Offs.

Keith Jackson, a High School Parade All-American out of Parkview High School who lived up to the hype at every stop in his football career. Keith was a 2x consensus All-American at the University of Oklahoma where he played for Arkansas native head coach Barry Switzer. During his professional career in the National Football League he was named to the NFL All-Rookie Team, selected All-Pro four times, was selected to participate in the Pro Bowl six times and was a member of the Super Bowl XXXI Champion Green Bay Packers. Keith was drafted by the Philadelphia Eagles in 1988 and also played for the Miami Dolphins and Green Bay Packers.

Joe Johnson, a 1999 graduate of Little Rock Central High School who was named Mr. Basketball in Arkansas before joining the Arkansas Razorbacks where he was named Southeastern Conference Rookie of the Year. He also led the Razorbacks in numerous statistical categories during his career before being drafted 10th overall by the NBA’s Boston Celtics. The Little Rock native became a seven-time NBA All-Star while playing for five different teams. Joe was a member of the United States National Team and is also known to America as “Iso Joe.” He is one of only 50 NBA players to score 20,000 career points.

LRSD Foundation is a private non-profit organization dedicated to providing private funding and volunteers in support of LRSD athletic programs.