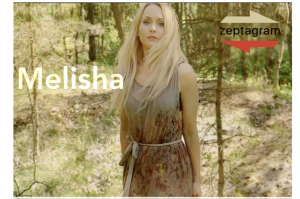 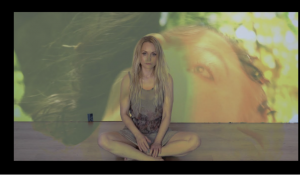 Melisha releases her next single Magic today, Friday the 11th of June.

This song is extremely special to me as it is about the inner journey to go through stress / tension / fear / anxiety, let go and see the magic in life and what one manifests.”
— Melisha Linnell

GOTHENBURG, VäSTRA GöTALAND, SWEDEN, June 11, 2021 /EINPresswire.com/ — Melisha releases her next single Magic today, Friday the 11th of June. The song is self- written and produced, mixed and mastered by Melisha in her studio in Brewhouse, Gothenburg. Instead of a music publisher, she has set up that part of the rights to a crowdfunding company called Zeptagram, which means that fans can get part of her publishing rights at the same time as they support her.

“Magic” is about the inner spiritual journey and about how magical life, nature and imagination are. It is also about dealing with life’s challenges to manifest inner peace.
“This song is extremely special to me as it is about the inner journey to go through stress / tension / fear / anxiety, let go and see the magic in life and what one manifests.
And for the first time, I myself am in my music video, something that is a big step for me to find the courage to do. ” – says Melisha
Melisha is completely independent and instead of a music publisher, she has set up that part of the rights to a crowdfunding company called Zeptagram, which means that fans can get part of her publishing rights at the same time as they support her.
“For me, this really feels like being able to give back to those who might like my music.”, she says and continues, ”I like the idea of being able to give of my music and to challenge the traditional music industry.”

In the music you hear sounds that are created with synths (synthesis) but also mixed with instruments such as piano and guitar. All music is as said created and played by Melisha where the idea is that the music should represent the journey of life that is constantly evolving. “Nothing ever stays the same” (- Lyrics Magic)
Life’s challenges teach and develop us, and depending on how we learn, what we manifest can be either positive or negative. But we can not pretend that the challenges do not affect us, so we must all go through them and not try to escape from them.
The idea of the video is that it should embody the song’s message in the form of forest and fire where the forest symbolizes the subconscious and the fire symbolizes presence and the present. Kimtina Malmcrona has filmed Melisha and Melisha has filmed Shanti, the Fire Artist. More info on her below.
Fire is a strong symbol of the present because the chemical reaction is so visible and felt in the present, just like the emotional processes we must go through. The fire consumes oxygen but not without giving back in the form of light.
The forest is the place where life thrives and flourishes, which like our subconscious develops its own life without control or cultivation. The trees communicate via the roots with each other with chemical, hormonal and slow pulsating electrical signals, which, like the nerve fibers of the brain, carry signals out of the nerve cell. The nerve-like communication awakens insight into the similarity of the forest with our subconscious.
About Melisha
Melisha is a music producer with a recording studio in Brewhouse, Gothenburg Sweden and she earned a bachelor degree in music production from University of Dalarna even though she has worked many years as a producer before that.
Her style of producing is electronic but with a lot of influences of acoustic elements and her own created synthesis sounds. Apart from singing, she plays piano, guitar and drums and program all beats and never uses loops, and never have done that because she likes creating everything. She likes to create songs with strong melodies and lyrics that easily can be stripped down to acoustic versions.

She also teaches music production, mixing and mastering at the Academy of Music and Drama in Gothenburg.
Founder of non profit organization EQLovesMusic, working for equality within music production. Melisha has been producing for other artists over the years but is now mostly focused on releasing her own music.
About Shanti, the fire artist in the video;
Frida aka Shanti, a 37-year-old fire artist with a theatrical background.
Frida has worked with fire art, her own theater groups and performances,
where playfulness has always been a given ingredient.
Poetry and folk songs are also something that Frida has always been inspired by in her various works.