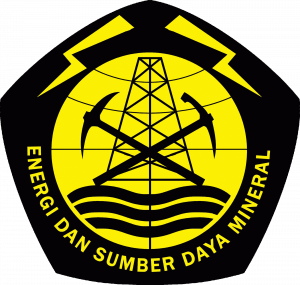 MI and Indonesia’s Ministry of Energy and Mineral Resources collaborate on developing production and consumption of methanol as an energy product in Indonesia.

I believe that we have a lot to learn from each other, and this partnership will facilitate our shared growth.”
— Gregory Dolan, CEO, Methanol Institute

WASHINGTON, DC, UNITED STATES, April 12, 2021 /EINPresswire.com/ — The Methanol Institute (MI) and Indonesia’s Ministry of Energy and Mineral Resources (MEMR) held a signing ceremony of a Letter of Interest (LOI) on March 30, 2021. The LOI was signed to formalize their partnership on developing methanol as an energy product in Indonesia.

The signing ceremony was a culmination of dialogue between MEMR representatives and MI staff on how methanol could play a strategic role in the continued development of Indonesia’s economy. Under the LOI, the MI will support the MEMR with organizing knowledge sharing workshops with government representatives and private sector individuals. These knowledge sharing sessions are aimed to provide a platform for the exchange of information about developing both the production and consumption of methanol as an energy product in Indonesia. MI will also leverage its global experience in working with different governments to develop their methanol industries to provide MEMR and their sister ministries with policy recommendations. Policy recommendations will be targeted at fostering a constructive ecosystem with the necessary governmental support to develop a local methanol industry.

The LOI signing ceremony commenced with opening remarks from Professor Tutuka Ariadji, Director General Oil and Gas, MEMR, who stated, “I would like to thank the Methanol Institute for their support for the development of the methanol industry in Indonesia. I hope that through the support of the Methanol Institute, the utilization of methanol as an energy resource can accelerate Indonesia’s use of clean energy and support the country’s energy security.”

The Methanol Institute (MI) serves as the global trade association for the methanol industry, representing the world’s leading producers, distributors, and technology companies. Founded in 1989 in Washington DC, MI now represents its members from five offices around world in Washington DC, Beijing, Brussels, Delhi, and Singapore.