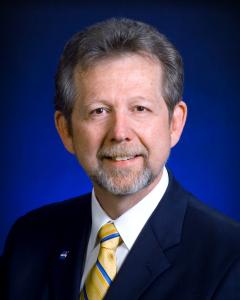 WASHINGTON, D.C., USA, June 11, 2021 /EINPresswire.com/ — The National Space Society is proud to announce NASA’s Chief Scientist, Jim Green, as a keynote speaker at its annual International Space Development Conference® 2021, which will be held virtually this year from June 24 through the 27th. Those planning to attend need not register in advance; see the ISDC 2021 website for details.

Dr. Green was the director of the Planetary Science Division at NASA Headquarters, overseeing many key NASA robotic missions including the New Horizons spacecraft flyby of Pluto, the MESSENGER spacecraft to Mercury, the Juno spacecraft to Jupiter, the Grail A and B spacecraft to the Moon, the Dawn spacecraft to Vesta and Ceres, and the landing of the Curiosity rover on Mars. He has served as NASA’s Chief Scientist since being appointed in 2018.

Green has received numerous awards, including the Arthur S. Flemming Award for outstanding individual performance in the federal government, and Japan’s Kotani Prize in recognition of his international science data management activities. He has written more than 115 scientific articles about heliophysics and planetary science and more than 50 technical articles on data systems and networks. In 2015 he provided guidance as a part of the NASA collaboration on the film “The Martian.”

Green received his Ph.D. in physics from the University of Iowa in 1979. He worked at NASA’s Marshall Space Flight Center (MSFC) from 1980 to 1985 in the Solar System Division and was the Chief of the Space Science Data Operations Office from 1992 until 2005, when he became the Chief of the Science Proposal Support Office. In 2006 he became the Director of the Planetary Science Division at NASA Headquarters, filling that role until he became the agency’s Chief Scientist. He has given TED talks and frequently appears in media to discuss some of NASA’s most exciting missions. He is one of NASA’s most enthusiastic and engaging presenters.

Green will speak at ISDC 2021 on the vast resources available on the Moon and how NASA plans to support the identifying and utilization of these volatiles to further space exploration and development goals, both for the agency and for the private space sector.

The International Space Development Conference is a four-day virtual event that will focus on key areas of space development: space settlement, space policy, space solar power, lunar development, and international space programs. It highlights areas of interest laid out in the National Space Society’s Roadmap to Space Settlement. Attendance of the first three days is free of charge.

The National Space Society was founded in 1987 via a merger of the National Space Institute, founded to promote citizen support for the American space program, and the L5 Society, based on the work of space settlement pioneer Gerard K. O’Neill. The NSS is the preeminent citizen’s voice on space exploration, development, and settlement. For more information go to space.nss.org.