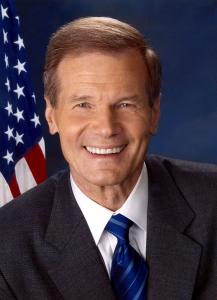 We welcome the selection of Senator Nelson to this post… He has vast experience in politics, as well as experience flying aboard the space shuttle, both of which should be useful in this new posting”
— Anita Gale, NSS Chief Executive Officer

“We welcome the selection of Senator Nelson to this post,” said Anita Gale, the NSS’s CEO. “He has vast experience in politics, as well as experience flying aboard the space shuttle, both of which should be useful in this new posting,” Gale added. “As an aerospace engineer who has worked for NASA and Boeing, I understand the utility of both experiences.”

Nelson follows Jim Bridenstine, who also served in Congress, in the top job at NASA. Nelson has been a supporter of NASA’s Artemis program that will send the first woman and next man to the Moon later in this decade.

“There is precedent for a politician to be the NASA Administrator,” said NSS President Michelle Hanlon. “James Webb was a very capable politician who led Apollo to its amazing achievements, and of course Jim Bridenstine introduced the age of Artemis. We wish Senator Nelson the same success.”

The NSS is the premiere human spaceflight advocacy group and looks forward to working with Nelson to assure the continued success of the partnership between NASA and private industry, especially with regard to the lunar Human Landing System (HLS) and the Commercial Lunar Payload Services programs. To date, NASA’s new collaboration with private industry players, using fixed-fee contracting that prevents excessive cost overruns, has been incredibly successful. “We are eager to work with Senator Nelson and NASA to continue these very successful and cost-effective programs,” added Gale.

The National Space Society was founded in 1987 via a merger of the National Space Institute, founded to promote citizen support for the American space program, and the L5 Society, based on the work of space settlement pioneer Gerard K. O’Neill. The NSS is the preeminent citizen’s voice on space exploration, development, and settlement. For more information go to space.nss.org.