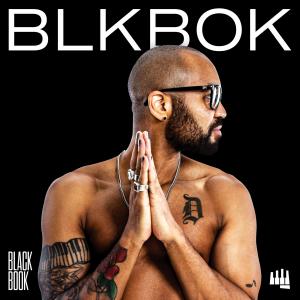 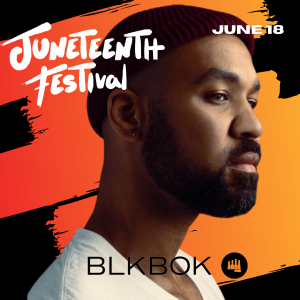 BLKBOK to Perform at the first ever Juneteenth Foundation’s Freedom Festival in Washington D.C.

BLKBOK is a neo-classical piano prodigy from Detroit who uses his dexterous arrangements and melodic scores to audibly illustrate experience, that of his own, and his community’s across pivotal moments in American history to the larger human condition.

BLKBOK to release first album, the awe-inspiring Black Book, with icons+giants and in partnership with ADA Worldwide/Warner Music Group.

My goal for Black Book is to bring a hybrid genre of classical music to all, and to foster bridge-building built on mutual understanding, respect, and love for each other as one united human race.”
— BLKBOK

BLKBOK to Perform at the Juneteenth Foundation’s Freedom Festival June 17-19 in Washington D.C.

This year has brought an array of musical talent to the forefront, but none as uniquely gifted as BLKBOK, a neo-classical piano prodigy from Detroit who uses his dexterous arrangements and melodic scores to audibly illustrate experience, that of his own, and his community’s across pivotal moments in American history to the larger human condition. Today, BLKBOK has announced his first album since signing to Billy Mann and Benton James’ icons+giants, the awe-inspiring Black Book, due out on June 18th in partnership with ADA Worldwide/Warner Music Group.

“It is my honor to present the Black Book Album,” BLKBOK shares. “It is a series of musical poems that illustrate my thoughts, emotions, and perspectives of the social climate that we live in, stories of my personal relationships, and an opportunity to view the world through the keys of the piano.”

BLKBOK was inspired to create Black Book as a tribute to the movie Green Book and the courageous story of Pianist/Composer Don Shirley, who’s trailblazing spirit helped pave the way for black classical pianists to this day. Black Book is a 12-track body of work that includes a vocal collaboration titled ‘My Life,’ featuring Renée Elise Goldsberry, a Grammy and Tony award-winner for her role in the Broadway musical Hamilton. The rest is a collection of poignant and thought-provoking scores from ‘Michelle’s First Day at The White House’ to ‘George Floyd & The Struggle For Equality,’ ‘Cookie Waltz’ and ‘November 7, 2020’. A collaboration with award-winning poet Lauren Delapenha, provides an added creative dimension to the project. Black Book was recorded at Red Bull Studios in New York City.

“My goal for Black Book is to bring a hybrid genre of classical music to people everywhere,’ continued BLKBOK. “I hope to use this music as a means of bridge-building in addition to forging new connections and relationships built on mutual understanding, respect, and love for each other as one united human race.”

Creating awareness around the genre began earlier this year for BLKBOK with a viral moment on TikTok with his piano-driven rendition of Cardi B’s “Up.” He also recently released a mixtape titled CVRART, offering a neo-classical, hip hop inspired take on some of the most recent trending hits.

“I grew up on the west side of Detroit, a city known for producing some of the most iconic musical acts,” BLKBOK explains. “Growing up, I was into hip-hop and rap like all the kids in my neighborhood, but I was also obsessed with the music of Mozart, Debussy, and Bach – just as much as I was with Mos Def, or Biggie, or Busta Rhymes.”

BLKBOK’s ability to use his music to convey narrative and shine light on key moments in today’s zeitgeist. Coinciding with the album release, BLKBOK will be performing in the Juneteenth Foundation “Freedom Festival” in Washington D.C. on June 18th held at the Martin Luther King Jr. Memorial. And again for a virtual performance for the festival’s upcoming Juneteenth Freedom Concert on June 19th amid headliners T.I., Domani and more.

BLKBOK is no stranger to the industry grind, having hit the road throughout his career with Rhianna, Justin Timberlake, Demi Lovato, Timbaland, Cirque Du Soleil, John Mayer and more, as their piano player on the road. All the while, BLKBOK was composing scores of unfinished piano segments, collecting digital dust on a hard drive as the tour and travel life continued and, like all of us, then 2020 hit. And now, today, the accomplished musical auteur steps in focus, with himself and his body of work as the main subject.

About BLKBOK
Born and raised in Detroit’s inner-city, BLKBOK (born Charles Wilson III), grew up in a music-filled house. While his parents and siblings were all musically active, little Charles could always be found walking his chubby fingers up and down the piano keys. His mom had no choice but to nurture her baby’s keyboard obsession and by the time he was 8, BLKBOK was an acclaimed piano prodigy, winning statewide accolades and college-level competitions. When it came to music, most of the kids he grew up with pursued hip-hop, adopting hip-hop monikers on trend with their time. However, it’s no coincidence that Charles chose the name BLKBOK, which echoes that of one of the greatest pianists and composers of all time. The tag is also an apt reflection of the elements that have contributed to the artist’s identity and symbolizes his colorful journey from pop and hip-hop culture to his present-day neo-classical debut album.