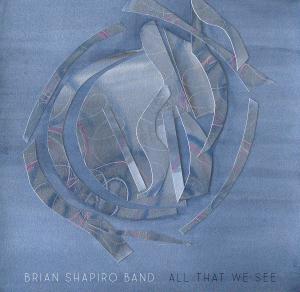 Debut Album “All That we See” from BSB 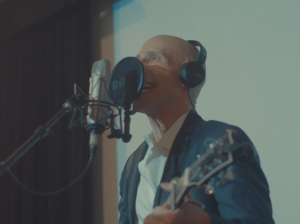 Brian Shapiro In The Studio 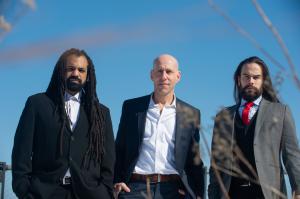 “Whether doing street performances in Washington Square Park in NYC or at a pop-up venue in Paris, BSB brings sunshine to their audience’s minds.”

Brian Shapiro Band possesses a unique sound and if you’re sick of the run-of-the-mill sound, you will fall deep into All That We See.”
— Garth Thomas – The Hollywood Digest

PHILADELPHIA, PENNSYLVANIA, UNITED STATES, March 22, 2021 /EINPresswire.com/ — It’s been a while since the music industry has experienced such an innate band with the unique and dynamic appeal of the “Brian Shapiro Band.” Their debut album “All That We See,” earmarked to drop on March 26th, incorporates multiple genres creating experimental, eclectic music with a free-jazz flare. The album embodies the soul of intelligent compositions with a rare and sophisticated styling, unlike the traditional music we commonly hear.

Lyrically, the compositions on this album have a message woven into the songs’ narratives that examine what one might call entitlement culture. Each piece explores a particular personality and how that personality exists and interacts with the world. Indeed, there is some personal exploration going on, but it also goes far beyond that. However, sui generis at its core, the sound of BSB has been compared to the music of David Byrne, Deerhoof, and Captain Beefheart.

From sitting in Los Angeles recording studios and hanging out backstage at Wembley Arena as a kid, Brian Shapiro, the band’s leader, primary vocalist, and songwriter has an extensive and intriguing background. Shapiro grew up with a father in the music industry. From a young age, he was privy to the more unsexy, often duplicitous music business world, with only occasional glimpses of the creative process itself. He does recall being dragged to an LA recording studio as either Mick Fleetwood or Stevie Nicks (he cannot precisely recall) did take after take, laying down the tambourine track for the song The Chain for the upcoming Rumors album. But, more often than not, what we witnessed were deals that were broken, lies spoken regularly, and behaviors that could be seen as juvenile at best, but often with a much darker intent. Or during the summer as a teenager, scrambling around Hollywood as a production assistant on music video shoots 12-14 hours a day, as directors debated the merits of sending him to pick up drugs for the artists.

These are just some of the countless other examples of what appeared to rule the landscape. There were upsides as well, such as meeting so many great recording artists and gaining an understanding of how the music business operated, but it certainly didn’t spawn an early interest in becoming a musician. That would happen later, after a couple of decades as a performance artist.

Brian Shapiro Band (BSB) is a group of musicians who create songs that combine thoughtfully crafted lyrics reflecting personal, social, and political themes with music that, although leaning eclectic and experimental, pleasantly engages the ears of its listeners.

When asked to describe his songwriting and music-making process, Shapiro thought about it a little then replied, “It often depends on where the muse is at any given point in time. Sometimes, the music comes easy. I’ll sit around strumming the guitar, and some chords will start to sound good together, and it will build out from there. I’m keenly aware of pace and tempo, as well as rhythm and timing, as I like to mix those up when possible. It’s a very intuitive process, and when I let my instincts run, what results is often quite lovely. “

The band, BSB, formed in 2020 by Shapiro, consists of Brian Shapiro (guitar/vocals), Ed Moman (Bass/Organ/Guitar), Ben Kutner-Duff tops the trio on Drums. Guest appearances on “All That We See” include Steve Davit (sax), Michael Brenner (sax), Erica Zimmer (vocals), and Nick Panasevich (keyboards), with Etienne Pons and Olivier Soubra (electronic composition) on the track Le Chien. Brian is also an instructor at the University of Pennsylvania’s Wharton School and Organizational Dynamics programs, mentioning students in Communication.

“All That We See” has fancy moments, but most notable, the record results from artists who have immersed themselves into the fabric of humanity. These tunes are the kind that needs to be listened to with a focus – the album is undoubtedly not background music. It is a masterpiece filled with crunchy guitars, tight percussion, and provoking true-to-life lyrics telling the complete story. The music in this stellar album will allow you to baptize your mind in a musical adventure and self-examination. If you want a provoking message from a song rather than just listening to trivial pop songs, you need to get his album. Read Review.

The follow-up record to “All that We See” is in the making. The music and majority of lyrics are complete, and the band will be going into the studio soon. The sophomore album from BSB will be another eclectic styling of narrative songs that are both observations and critiques of the times we live in and a couple more personal/revealing songs.

Like the debut album, the band plans to bring other musicians in to broaden the musical bouquet to be a clean follow-up. Simultaneously, the group expects there to be an even more prosperous and more vibrant, harmonious feel. Stay tuned and keep updated on all of this band’s latest moves. Visit the website at www.brianshapiroband.com