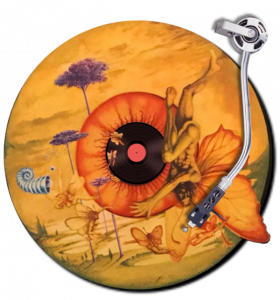 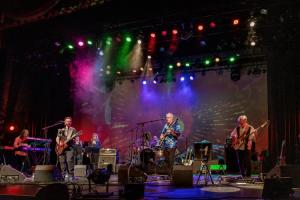 When the vinyl meets the road!

ASHEVILLE, NC, USA, June 8, 2021 /EINPresswire.com/ — For more than 50 years, Nektar has taken legions of fans on audio-visual journeys to far reaches of the universe and the depths of the ocean with their immersive blend of sight and sound. These prog-rock pioneers have been champing at the bit to get back on the road and are excited to announce they will tour America’s Northeast and Midwest this autumn, with many more dates scheduled through Spring 2022.

The “Vinyl Sides Live” Tour marks Nektar’s eagerly awaited return to the road, spotlighting some of the best-loved “album sides” from their evergreen catalog, as well as 2020’s acclaimed release, “The Other Side,” plus new material. Nektar changes their live show every single night; fans love to follow along on the journey.

Founding member Mo Moore says, “After doing 31 dates at the beginning of 2020 and getting into tour shape, we were stopped in our tracks by COVID.”

The band made the most of this ‘down time’ by preparing for their upcoming tour, adding another 90 minutes of music to the 3 hours of repertoire they performed on the previous tour. Audiences will be treated to entire album sides from some of Nektar’s epic recordings – including “A Tab in the Ocean,” “Remember the Future” and “Recycled,” as well as “The Other Side.” Rounding out the shows will be expanded offerings from other albums; unfinished tunes from 1978 that the band has rediscovered; as well as brand new compositions the band has created during their weekly online and in person get-togethers.

“I think the next shows are going to be even more exciting, as we will continue our direction of not doing the same set twice if we have multiple dates at one venue or are playing two gigs that are drivable,” says Mo. “This keeps the music fresh and gives incentives to our ‘Nektarines’ to attend more than one show, knowing they will be different.”

Nektar has captured the imagination and admiration of listeners the world over with their multimedia concerts, melding a jam-band vibe with superb musicality and a visual cornucopia that perfectly complements the performance. A Nektar show is an unparalleled feast for the senses.

Formed in Germany in 1969 by British expats, Nektar soaked up the musical freedom they found in their new home, favoring extended compositions and concept albums over the constraints of pop. They were among the progenitors of the progressive rock movement of the 1970s as well as the jam-band scene that arose in the late 1990s. Their sound traveled well to the States, where they enjoyed Top 40 success with “A Tab in the Ocean” (1972) and “Remember the Future” (1973). Nearly 20 albums and a half-century later, the band’s artistic and personal charisma has earned them masses of devoted fans, who have flocked to festivals such as NearFest and ProgStock, and venues like the Wildey Theatre (where they perform multi-night sold-out shows) to indulge their passion for the Nektar experience.

“The Other Side” has been hailed as “an epic concept album” and “the best recording by Nektar since ‘Recycled.’”

“The whole album is a love song,” says Mo. It’s also a memorial to friends the band has lost, including fellow founding member Roye Albrighton, who passed in 2016, and their long-time sound mixer Vinny Schmid.

Mick Brockett, whose visuals are integral to Nektar performances, is upgrading his renowned light show with assistance from the band’s digital wizard, Jay Petsko. The update will incorporate additional film clips plus a rich trove of previously unseen photos of the band on and off tour.

Mick creates a visual environment that directly reflects what the band is playing on stage. “I’m like the Wizard of Oz, behind the curtain,” Mick says. “I’m ‘playing’ this all in real time.”

MANY MORE SHOWS TO COME! VISIT WWW.NEKTARSMUSIC.COM FOR UPDATES

Check out https://nektarsmusic.com/epk for more information about the band, high-resolution images, video and more.