R-THREE TECHNOLOGIES INC. ANNOUNCES THE ADDITION OF LANCE DAVIS TO THEIR MANAGEMENT TEAM

R-THREE TECHNOLOGIES INC. ANNOUNCES THE ADDITION OF LANCE DAVIS TO THEIR MANAGEMENT TEAM 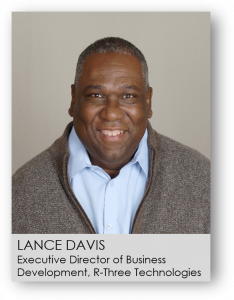 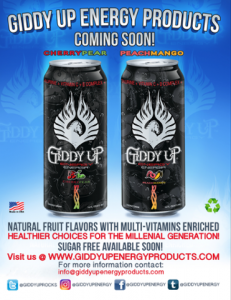 LOS ANGELES, CA, UNITED STATES, May 4, 2021 /EINPresswire.com/ — R-Three Technologies Inc. OTC under the symbol (RRRT), makers of healthy food, beverage drinks, and other boutique food products, along with CEO, James L. Robinson is pleased to announce Lance Davis as Executive Director of Business Development. His appointment is the first of many to be added to the company’s dynamic management team.

From an early age, Lance has been in the promotional and entertainment businesses and has become a seasoned executive in many different facets, of the corporate world. In the past, Lance parleyed his relationships into sizeable sales for the L.A. Lakers which ultimately resulting in him becoming a special assistant to Dr. Jerry Buss as well as a famed member of his six-man entourage called “The Dwarfs”. (Ref-Los Angeles Times Article – Doug Kirkorian)

However, once Lance was able to find his groove closing deals it became as easy as riding a bike. Simultaneously while working with the L.A. Lakers, in 1990 Lance was a member of an entertainment partnership that managed the Hollywood Palladium as Director of Public Relations. During this period, Lance continued expanding his database of celebrities and entertainers for his business purposes.

Lance founded Spirit-filled Inter-media in 2005 that formed an alliance partnership with Stella Productions and Players Network to produce content for Vegas on Demand in 2008. Since then, Lance and his group have successfully produced over a thousand Lifestyle and Gaming TV Shows.

Lance Davis will be of tremendous value to our Giddy Up Energy Products and entertainment production team. Mr. Davis has proven himself to be an effective communicator and leader, often serving as liaison to outlying members of his team. He has also coordinated projects involving numerous people, and his ability to work collaboratively while guiding the projects quickly and effectively has been outstanding. His relationships with C-level leadership in the sports and entertainment industry have been an invaluable asset in meeting the goals of the businesses. Mr. Davis’ strategic sensitivity, diligence, energy, and sense of humor make working with him a refreshing leadership experience. We look forward to the success of our company with Lance and the team of competent and original thinkers he has established business relationships within the past. Once again, we are proud to welcome Lance Davis aboard as our Executive Director of Business Development.

About Giddy Up Food and Beverage Products Giddy Up Energy Products is a wholesale manufacturer engaged in marketing and distribution of carbonated and non-carbonated energy drinks, shakes, energy bars, and related products a nutritional supplement company focused on developing innovative, high-quality supplements and energy products. The company manufactures under strict GMP guidelines at GMP Certified and/or FDA registered facilities. www.r3tinc.com