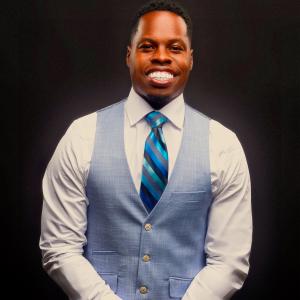 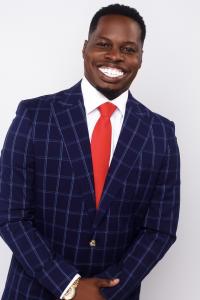 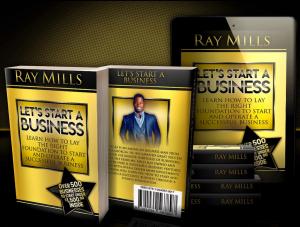 Drawing from his own experience as the owner of multiple businesses and now a self-made millionaire, Ray Mill’s latest book is about laying a solid foundation.

ATLANTA, GEORGIA, USA, April 10, 2021 /EINPresswire.com/ — Let’s Start a Business, is helping young and experienced entrepreneurs get their businesses off the ground. The book by business and social entrepreneur Ray Mills hit the shelves in 2019 and it could not have come at a better time. With the pandemic taking a major toll on local and global economies, start-up businesses have been some of the hardest hit across all sectors. Yet surprisingly, the pandemic has also led to an increase in entrepreneurial spirit and activity as more and more people and companies devise new business ideas to fill existing and emerging market needs.

Let’s Start a Business has made it easier for companies and would-be entrepreneurs to start their business and build it towards success. The book, which focuses on how to lay the right foundation to start and operate a business, is just the book for anyone who wants to start a business but doesn’t know how. In his book, he talks about the fundamental elements required in a business’ foundation, elements that people should use to start and operate their businesses. He believes the right foundation is the key to a successful business.

Yet, Mills, father of three, is not your average businessman. Born and raised in South Fulton, Georgia, he’s childhood and teenage years were not without hardships and challenges. As a teenager, he dropped out of high school and experienced several more setbacks along the way before he was able to turn his life around and reach the top.

As a business and social entrepreneur, he now owns and operates numerous businesses, including Ray Mills Enterprises and The Mills Academy, a childcare development centre. He is also a well-known author, in fact a best-selling author thanks to Let’s Start a Business. According to Mills, “A problem is only a problem when you don’t have a solution”. He stands as a compelling example of what other young people can achieve, despite the adversaries that often accompany growing up in difficult circumstances as he had, which is why giving back is so important to him, something seen often in his philanthropic efforts.

Let’s Start a Business has been well-received since its launch back in 2019 now joining the ranks of Benjamin Graham’s The Intelligent Investor, Paul Jarvis’ Company of One: Why Staying Small is the Next Big Thing for Business and Sheryl Sandberg’s Lean In: Woman, Work and the Will to Lead. Yet, Let’s Start a Business is aimed at helping entrepreneurs establish a proper foundation to start and operate their business successfully.

Mills is also famous for his historical “run for justice” that he, together with Londrelle Hall, completed, running 540 miles from Atlanta to Ferguson, Missouri, in protest of and support for Michael Brown, an unarmed teenager who died at the hands of a local police officer in 2014. The pair received support from all over the country for their efforts to raise awareness of police brutality and racial injustices.

Aside from Let’s Start a Business, Mills also authored and launched Positively Living in 2016 where he wrote about being optimistic in life, urging readers to consider and capitalize on the possibilities in life. Both Mill’s books are great reads, but more importantly they are proof that success is not merely found but rather earned through hard work and constant dedication and determination.

About Ray Mills
Ray Mills was born and raised in South Fulton, growing up in a crime-stricken neighbourhood in an area surrounding Atlanta, Georgia. Now in his mid-thirties, he is a self-made millionaire, the founder and owner of several businesses including Ray Mills Enterprises and The Mills Academy, and he is also a best-selling author. Alongside his work at The Mills Academy, he is also a board member of Youth Build USA where he advocates for causes that foster growth in underprivileged and disadvantaged youth.