Rhythm of the Sea

Rhythm of the Sea 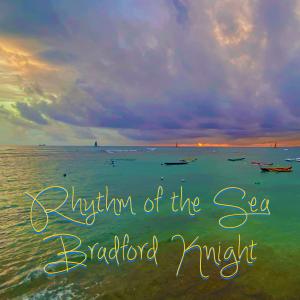 LIGHTHOUSE POINT, FL, USA, June 8, 2021 /EINPresswire.com/ — Today is “World Oceans Day,” a date on the calendar meant to acknowledge the beautiful and important role the ocean plays in our lives. For Singer/Songwriter/Musician/Surfer Bradford Knight, the ocean is a wonderland of enjoyment and musical inspiration, and he celebrates it with a new song release this week called, Rhythm of the Sea, available worldwide Friday, June 11, 2021

Rhythm of the Sea is a ballad for all ocean lovers, set to a mid-tempo melody that mimics lapping waves and finds a groove that practically simulates the fun feeling of being out on the open rolling ocean. The easy listening song is in the indie music genre produced by Bradford Knight and Dan Naim.

Rhythm of the Sea follows the release of another of Bradford’s songs in the children’s music genre, A Mermaid’s Message, that was released last year with a children’s picture book of the same name intended to teach children to protect and clean up the oceans.

Bradford Knight, is a singer-songwriter-musician living between southern California, Florida and Hawaii. The solo artist is known for his signature blend of humor and surf-inspired lyrics in the genres of indie, dance/pop, country and most recently kids’ music. In an unexpected twist of fate, covid-quarantining brought Bradford and his brother David Knight together for 5 months last year and they launched a new family entertainment brand called The Knight Bros., complete with more than a half-dozen illustrated children’s books and songs for little kids that entertain and educate, starting with WEE BEASTiES. More information can be found online at www.bradfordknight.com and www.theknightbros.com